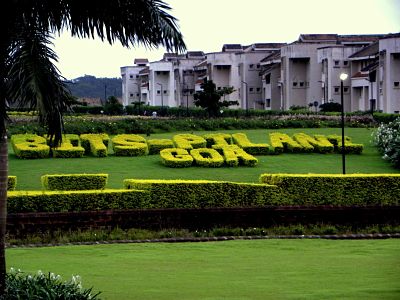 Many engineering aspirant students get bowled when asked about which college is better to go for: BITS Pilani, or the IITs. Many others just follow what the whole nation is going after- the JEE. While there are still some who focus and study to clear the BITSAT and acquire a good rank in the same to be able to select the desired stream. Let me tell you at the offset that this article is not against the IITs, which are undoubtedly the best engineering colleges of the nation; but it is about BITS Pilani, which over the years has come up and built its own brand.

You get selected to the BITS Pilani only if you are logically sound and analytically strong. They donÃ¢â‚¬â„¢t just focus on education but equally on exposure and all round personal development too. There is opportunity in BITS for everyone who is really keen to grab it. ItÃ¢â‚¬â„¢s you as a student whole can create the whole difference. For e.g. being a young entrepreneur! BITS Pilani are giving away so many of them every year! And isnÃ¢â‚¬â„¢t it better to work for yourself rather being able to work for anyone else? Just for your knowledge, the co-founders of red-bus, and many other start-ups like Grey Orange Robotics., Big Basket, Scripbox, Forus Health, Attune and Online Prasad are all BITSians! IsnÃ¢â‚¬â„¢t that wonderful?

Not just in their own ventures, but the BITSians are doing wonders in bagging cool offers from the multi-national giants as well. Google, the dream company of almost all the techies, hired 2 computer science graduates from BITS Pilani, who were offered a mind blowing annual package of INR 1.44 crores, which is by far the biggest package offered by Google in India. Not just that but it was the highest offer of the year 2013 in whole. This package was offered to Thoppilan Romal Devassy and Kannan Sunder of the CS stream and studying in the 7th semester.

Talking about the best Indian engineering colleges offering computer science stream, IIT Mumbai tops the chart. It is followed by IITs of Delhi, Kanpur, Kharagpur, Madras and Roorkee in the respective order and thereafter come BITS Pilani at rank 7. Then how did the two BITSians manage to a bag a package which the students from the topmost 6 colleges failed to get? So this is basically because of the right attitude and the hard work put in the right direction. If we canÃ¢â‚¬â„¢t acclaim that the BITS is better than the IITs, we canÃ¢â‚¬â„¢t establish the fact vice versa as well! Thus if you think you have it in you to become a successful BITSian and a really cream one at that, you just to have belief in yourself and keep yourself focussed on your work. A tip to outshine others in the BITS is by testing the applications of various theories which you will study in everyday classes, and thus practically making yourself equipped to excel in whatever stream you choose to take up.

So BITS does sounds exciting, right? But now the major question is, will you be able to make it to the BITS? Following the trend and the exam pattern, the cut offs for BITS Pilani this year would be very close to the last yearÃ¢â‚¬â„¢s BITSAT cut-off list. Below is the cut-off list for various undergraduate courses at the BITS Pilani, tentatively made by using the BITSAT cut offs of the previous year.

The Best Couple of BITS Pilani

Demystifying the Mysteries of an Old BattleÃ¢â‚¬â€why are all School Toppers Flocking to BITS Pilani?

Facts on BITS Pilani That Will Impress You

Thanks for rating this! Now tell the world how you feel - Share this on Twitter and on Facebook.
(Nah, it's cool; just take me back.)
MOODTHINGY
How does this post make you feel?
« Is Dropping a Year for IITs Good Exam Strategy?
AIIMS: 57 years and still the best! »