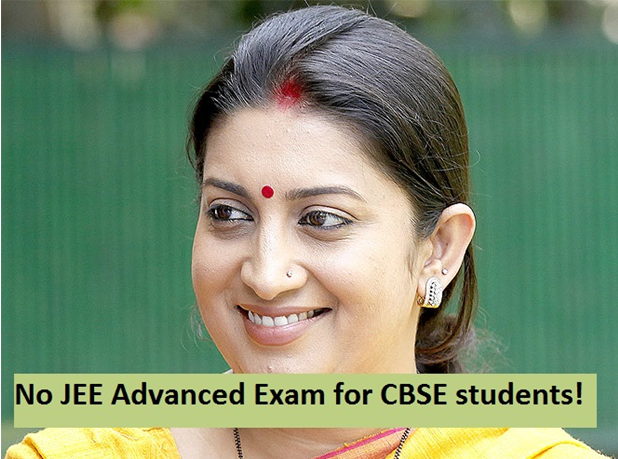 For the first time, the Indian Institutes of Technology (IITs) have accepted that the Central Board of Secondary Education (CBSE) has done a good job in drafting the CBSE Class 12 Math question paper. Aprajita Illai, the Director of IIT Joint Admission Board (JAB) said, Ã¢â‚¬Å“In CBSE Class 12 Math exam 2015, CBSE has included more application-based and original questions Ã¢â‚¬â€œ instead of picking up questions from the NCERT textbooks year after year. This was the reason we had been insisting on the IIT JEE exam separately. However, this year, we think that we can roll out JEE Advanced 2015 Ranks for CBSE Students based on how much they score in Mathematics board exam this year.Ã¢â‚¬Â

The CBSE authorities have welcomed the idea. CBSE official Fool Kumari said, Ã¢â‚¬Å“IITs have accepted that we have rolled out an advanced-level Mathematics paper this year. They also found difficulty levels of Physics questions alright as per their JEE Advanced standards. Hence, they have decided that for CBSE students, JEE Advanced will be based on the CBSE Math board exam marks.Ã¢â‚¬Â

HRD Minister Smriti Irani has issued a statement which states, Ã¢â‚¬Å“Organising JEE Advanced is very expensive. Since CBSE is the largest school education board in India, using CBSE board exam marks to decide JEE Advanced ranks will cut down on exam organising costs considerably. JEE Advanced 2015 will be organized for students of other boards such as ICSE and state boards though, so that their rank in the merit list can be ascertained.Ã¢â‚¬Â

Ã¢â‚¬Å“Indian education is on the verge of a big revolutionÃ¢â‚¬Â, she added.

Delhi Chief Minister Arvind Kejriwal has supported the decision. He said, Ã¢â‚¬Å“The decision this year could make lives of lakhs of IIT aspirants much year in the future. Right now, students have to clear Class 12 board exams, JEE Main and then JEE Advanced exams to get an IIT seat. If IITs can rank students directly on the basis of their board exam performance, the pressure on students will decrease considerably. It will also be an effective crackdown on IIT entrance exam coaching culture across India.Ã¢â‚¬Â

Prime Minister Narendra Modi took a dig on KejriwalÃ¢â‚¬â„¢s Ã¢â‚¬ËœIITianÃ¢â‚¬â„¢ status and said, Ã¢â‚¬Å“When I was in that age, I was selling tea. So, if Kejriwal is saying it, this decision must be right.Ã¢â‚¬Â

Students are not happy with the joint announcement by the HRD Ministry, CBSE, and IIT authorities. Aprilla Foolla, one of the JEE aspirants who has appeared for CBSE board exams this year, said, Ã¢â‚¬Å“After seeing the Class 12 Mathematics question paper, I was happy to have another chance to appear for JEE Advanced exam and crack it too.Ã¢â‚¬Â Other students also said they are now feeling hopeless about their chance to make it to the IITs.

The student wing of Congress NSUIÃ¢â‚¬â„¢s President Moorna Khatri said, Ã¢â‚¬Å“The Modi government is trying to tip everything in the favour of rich. CBSE board is the board of rich and urban students. All then poor students study in government schools and appear for state board exams. Now, CBSE students are free after their board exams while state board students will keep toiling for the next two months to prepare for their JEE Advanced exams.Ã¢â‚¬Â

And you thought, we couldnÃ¢â‚¬â„¢t play an April Fool prank just because we are IITians?
*April Fool*

Thanks for rating this! Now tell the world how you feel - Share this on Twitter and on Facebook.
(Nah, it's cool; just take me back.)
MOODTHINGY
How does this post make you feel?
« How askIITians provides the most accurate and detailed solution for JEE main 2015?
What To Do, Just a Day Before the JEE Main »