In The Outlook Survey 2014, the 1st Prize Goes to NIT Trichy among all NITs! 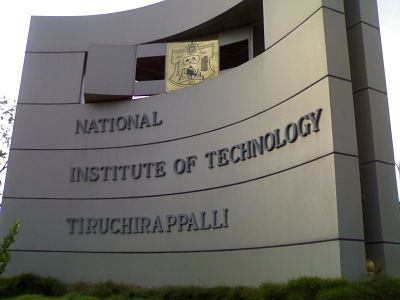 So which are the best NITs of India? According to the Top Engineering Colleges of India list published by Outlook as a result of its â€œIndiaâ€™s Top Professional Colleges 2014â€ survey NITs of Tiruchirapalli, Surathkal, Warangal, Rourkela, and Hamirpur are the top 5 NITs of India,.

IITs and BITS Pilani grabbed the top 8 ranks of the list with IIT Delhi at the top. It was followed by IIT Bombay– IIT Kharagpur– IIT Madras- IIT Kanpur– IIT BHU- BITS Pilani – IIT Guwahati â€“ in that order.

NIT Trichy was ranked #9 in the overall list but it was right at the top of the other NITs if considered only the NITs. National Institute of Technology of Tiruchirapalli was also rated a bit better than IIT Bombay in the area of â€˜academic excellenceâ€™ and even did better than IIT Madras on the measure of â€˜personality developmentâ€™. Nevertheless, it was left behind the IITs when it came to infrastructure and placements.

NIT Surathkal was ranked #10 followed by NIT Warangal at #11. NIT Rourkela in Odisha was ranked 14th whereas NIT Hamirpur was ranked at #20.

IIITs, which made it into Top 20 Engineering Colleges included IIIT Hyderabad ranked at #13 followed by IIIT Allahabad.

NIT Tiruchirappalli: Why to Join It and Why to Avoid It?

Thanks for rating this! Now tell the world how you feel - Share this on Twitter and on Facebook.
(Nah, it's cool; just take me back.)
MOODTHINGY
How does this post make you feel?
« Interesting Tales of Great People Who are as Ordinary as Us!
Now a chance for Class 10th and 12th Students to Earn Whopping Rs.55 Million Scholarship!! »