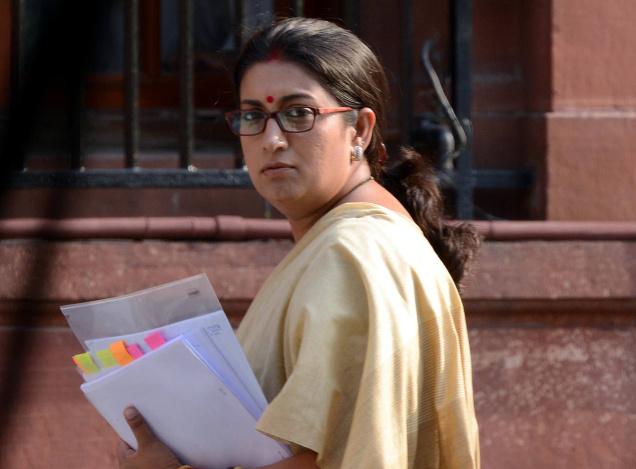 Amidst in the huge number of cases on favoritism and corruption that is existing in several National Institute of Technology(s), a letter has been written by one of the former NIT students to Smriti Irani. In this open letter to the HRD Ministry, NIT, she asked for stringent action against those responsible for the downfall of the NITs quality.Ã‚Â  A number of cases against the NITs directors were already filed and most of them are accused for having failed in running such prestigious and respected institution like National Institutes of Technology” (NITs) and simply being in such high positions with the help of political support.

The entire letter written by the former NIT candidate is given below and it was published first in Saddahaq.

I am writing this letter with great hope and concern. I am an NIT alumnus,Ã‚Â  Hamirpur. The recent events that took place in the NITs in all over the globe have made me disheartened. The authority as well as the dignity of these highly prestigious institutions is slowly diminishing due to the political interference.

Being one of the concerned alumni of this institution, I want to request you to make sure about the speedy action on the points mentioned below. These are some of the points that have been shared by many of the alumni members.

An RTI is also filed against these issues and the reply from the CPIO, Central Public Information Officer sums up the apathy.

Smriti Irani lists IITs, IIMs in Every State! Where are We Heading To?

Why is Smriti IraniÃ¢â‚¬â„¢s Proposal to Set up New IITs in The country a Bane in Disguise?

Ã¢â‚¬Å“Do you agree with Smriti IraniÃ¢â‚¬â„¢s decision to set up even more new IITsÃ¢â‚¬Â- Readers and their Interesting Opinions in our First Poll Results!

Letter to Smriti Irani: Madam, some open ideas for you!

Thanks for rating this! Now tell the world how you feel - Share this on Twitter and on Facebook.
(Nah, it's cool; just take me back.)
MOODTHINGY
How does this post make you feel?
« Probability, So Tough yet So Simple! When Did You Last Use it?
CBSE Extends Deadline for Class 12 Marks Confirmation »