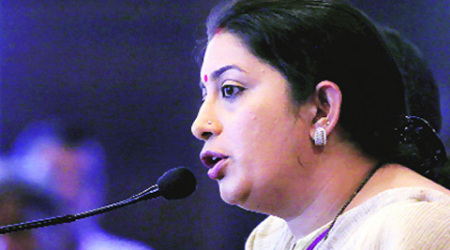 Barring Indian Institute of Science inÃ‚Â BangaloreÃ‚Â and a few IITs in the country, mostÃ‚Â universities and collegesÃ‚Â are partial to teaching as compared to the orientation towards research and applications.

But now, many self-financing institutions are making an effort to look towards the premier league of research. Scopus, the abstracting and indexing database, shows that VIT University, has 495 publications till the end of May. And VIT has more publications to its name than IIT- Roorkee, IIT- Madras, and IIT- Kanpur.

According to Scopus, IISc topped the list of Indian universities with 765 publications, which was followed by IIT- Kharagpur, IIT- Bombay and IIT- Delhi respectively. But what comes as a surprise is, some private universitiesÃ‚Â like Sastra, SRM, Thapar, Amity, Manipal etc. also found place among the top institutions. Not just that, but some of these have more publications than some IITs and most NITs. What a shame! Ms. Irani, do we really need more IITs? Or does the HRD ministry needs to focus on something more constructive?

Mr, S. Babu, the associate dean of research at VIT University said, “Encouragement from the management in the form ofÃ‚Â seed moneyÃ‚Â and stipend for research scholars, has boosted the research output rateÃ¢â‚¬Â. VIT’s management has supported research scholars by instituting research awards up to 20, 000, buyingÃ‚Â lab equipment,Ã‚Â and offering further funds to expand the scope of research, whenever a candidate submits aÃ‚Â research paper. Thus, in 2013, the university’s count was 1, 538, a 260 % increase compared to its research output four years ago.

Scientists appreciate this trend, ad call it Ã¢â‚¬Å“positiveÃ¢â‚¬Â. Kavita Mehra, the chief scientist at Delhi based NationalÃ‚Â Institute of Science,Ã‚Â TechnologyÃ‚Â & Development Studies, the body which undertakes a ranking of Indian universities based on research, commented, “Public funded research needs to be supplemented by research through private resources, whether be it an educational institution or industry. This, in fact, has started late in India. Now the only thing is that the quality of research and priority of research needs focus.”

Scholars also countered the argument that emphasis on research will take away the focus from teaching. “Good teaching is a natural by-product of good research, and the benefit should flow to undergraduate students. They should be actively involved in research.” said S Vaidhyasubramaniam, the dean ofÃ‚Â planning and development, from Sastra University.

Mehra further said that the quality of teaching improves, when faculty members are engaged in research. As a result, they will be abreast of the latest developments andÃ‚Â help studentsÃ‚Â understand the relationship between theories and applications. “Such faculty will prepare the knowledge force to take up research as a career, than just look for lucrative packages. This will create a conducive environment for theÃ‚Â future workforceÃ‚Â of India.” she added.

Private universities have been upping their research output in the hope that it will help them get recognised at the global level and drawÃ‚Â foreign students to come and join them. Most global rankings give importance to research output and paper citations. Now just that, but it also attracts funding in the form of grants from the funding agencies. Vaidhyasubramaniam said that it is high time that funding agencies promote performance based funding for research. Ã‚Â He added, “They should discard the practice of discriminating between institutions based on whether they are public or private.Ã¢â‚¬Â

Many private institutions have introduced project based learningÃ‚Â at the undergraduate level. They have also made research based learning at the master’s level compulsory. VIT has made it mandatory for all M. Tech and MSc students to publish papers at the end of every semester.

But then again, private institutions lag behind in the H-index, which a parameter to assess performance of researchers based on the number of times a published paper is cited by peers or other researchers. Now for instance, if VIT University’s H-index is 39, it means that 39 of its 4,846 publications have been cited 39 times by research scholars or peers. This is a good indication of the quality of published papers.

Why is Smriti IraniÃ¢â‚¬â„¢s Proposal to Set up New IITs in The country a Bane in Disguise?

Ã¢â‚¬Å“Do you agree with Smriti IraniÃ¢â‚¬â„¢s decision to set up even more new IITsÃ¢â‚¬Â- Readers and their Interesting Opinions in our First Poll Results!

Thanks for rating this! Now tell the world how you feel - Share this on Twitter and on Facebook.
(Nah, it's cool; just take me back.)
MOODTHINGY
How does this post make you feel?
« IIT Kanpur developed the 2nd version of supercomputer
AIPMT Counselling 2014- The Comprehensive list of Participating Universities and States »