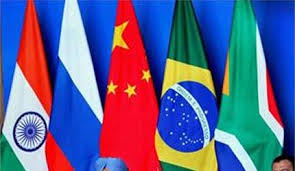 As many as 5 IITs feature in Top 20 BRICS universities. These include:

There are three other IITs in the Top 100 list, which include:

There are eight other Indian universities in the Top 100 BRICS University list:

China dominated the â€˜QS University Rankings: BRICSâ€™ with 40 universities in Top 100, 20 in Top 50, 4 in Top 5 and Tsinghua University ranked as #1 university in the region. It has invested massive resources in higher education as opposed to India whose universities lag much behind at the international level.

In QS World University Rankings 2013, 11 Indian educational institutions made it to the Top 800, with IIT Delhi ranking the highest at #222.
This post was published by Aditya Singhal, co-founder of askIITians.

Thanks for rating this! Now tell the world how you feel - Share this on Twitter and on Facebook.
(Nah, it's cool; just take me back.)
MOODTHINGY
How does this post make you feel?
« Someone is Always Better than the Best â€“ My Study Experience at IIT Bombay!
BITSAT 2014 Application Form is Out! »