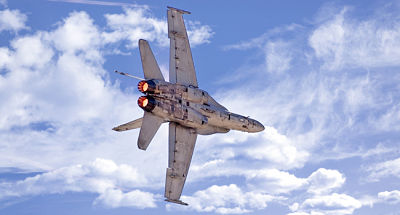 Aerospace engineering is about designing and construction of different types of aircrafts Ã¢â‚¬â€œ including jets, rockets and missiles. Engineers who work with defense systems, aviation technology and space exploration are often aerospace engineers.

The field is highly dynamic and exciting. So, even though aerospace engineering is new, it is one of the favorites of engineering aspirants for the interesting projects that it offers.

Here are some of the best-known colleges in India that offer B.Tech course in Aerospace Engineering:

Established in 1965, the Department of Aerospace Engineering at IIT KGP has set up many laboratories Ã¢â‚¬â€œ in the areas aerodynamics, and structures and propulsion. A Centre of Excellence was also established for the Composite Structures Technology in 1999.

Many of the research projects are sponsored by organizations like AICTE, ADA, ARDB, DST, ISRO, and MHRD.

IIT Madras established its Department of Aerospace Engineering in 1969. Since then, it has been in the forefront of fundamental and applied research in the field. It has also been involved with government projects as well as with R&D agencies of international repute.

Undergraduate and graduate programs it offers in the field are considered world-class and best in the country.

The research work at IITM is going on in various fields which can broadly be categorized into Aerodynamics & Flight Dynamics, Propulsion and Structures.

IITK faculty had been part of the establishment of the National Wind Tunnel Facility (NWTF.

A number of research projects are going on in aerospace engineering here, which are funded by agencies like Aeronautics R & D Board (ARDB), Department of Science & Technology, ISRO, Hindustan Aeronautics Ltd., Delhi Metro Railways Corporation, NAL, and DRDO.

Established in 2007, IIST enjoys a Ã¢â‚¬ËœDeemed-to-be-UniversityÃ¢â‚¬â„¢ status. It is the first Space Institute of Asia and the first of its kinds in the world to offer courses at all levels Ã¢â‚¬â€œ undergraduate, graduate and doctoral levels Ã¢â‚¬â€œ that focus specifically on space science, technology and applications.

It is unique in the sense that it holds an autonomous position under the Department of Space, Government of India and produces engineers and scientists that often go on to work at the Indian Space Research Organisation (ISRO), which recently came into limelight when it launched Ã¢â‚¬ËœMangalyaanÃ¢â‚¬â„¢ successfully in just 18 months and at a fraction of cost that NASA is spending on a similar Mars mission.

Besides these Top 5 Aerospace Engineering colleges in India, other colleges that are worth mentioning here are:

To discuss career opportunities in Aerospace Engineering and the best course to a focused career choice, you can interact with askIITians experts at info@askIITians.com.
This post was written by Aditya Singhal, co-founder of askIITians

Thanks for rating this! Now tell the world how you feel - Share this on Twitter and on Facebook.
(Nah, it's cool; just take me back.)
MOODTHINGY
How does this post make you feel?
« A glimpse of the top 10 colleges for Tech CEOs
IIT Delhi Alumni UNIITE to discuss entrepreneurship and start-ups »