You will see a flower quite differently after reading this!

Flower is most beautiful creature of nature. Have you looked it closely? As a science student, you should be exploring in nature. Go out and pick a flower. Ok lazy! Just search it at least!

If you observe a flower closely, you will see its subparts. They are named differently in language of bio. Flower is most responsible part of plant where fertilization (sexual reproduction) occurs. It consists of different parts which are doing their duty. What these parts are? What do they do? How they show phenomena of fertilization? All these queries will be answered. Just stick to the article 🙂 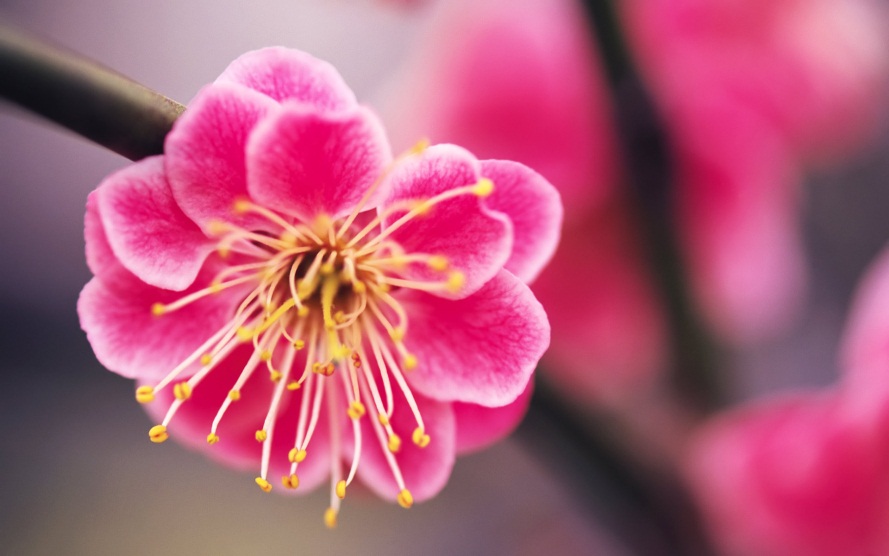 Look to this picture below (Structure of a Flower) closely. And keep reading.

Male Reproductive organs of a flower (Androecium) Ã¢â‚¬â€œ Stamen constitute the male reproductive part of a flower. Ã‚Â It is made up of stalk like filament & anther at the top which is the knob like structure. Anthers form the pollen in it. Pollen consists of male gametes in it.

Female reproductive organs of a flower (Gynoecium) Ã¢â‚¬â€œ ItÃ¢â‚¬â„¢s known as Carpel (as a whole). Pistil is the constituent unit of it. This flask shaped structure consists of style, stigma (receptive part) & ovary (swollen base). Ã‚Â Ovary consists of ovules in it. Female gametes are formed in ovary.

How Pollen reaches to gynoecium?

But why pollen reaches to gynoecium? Well! As you read before it consist of male gamete in it. The process by which it reaches to the destination is known as pollination. When the pollen has reached to the flower then process of fusion starts. What happen during that?

Give your few min to this picture. 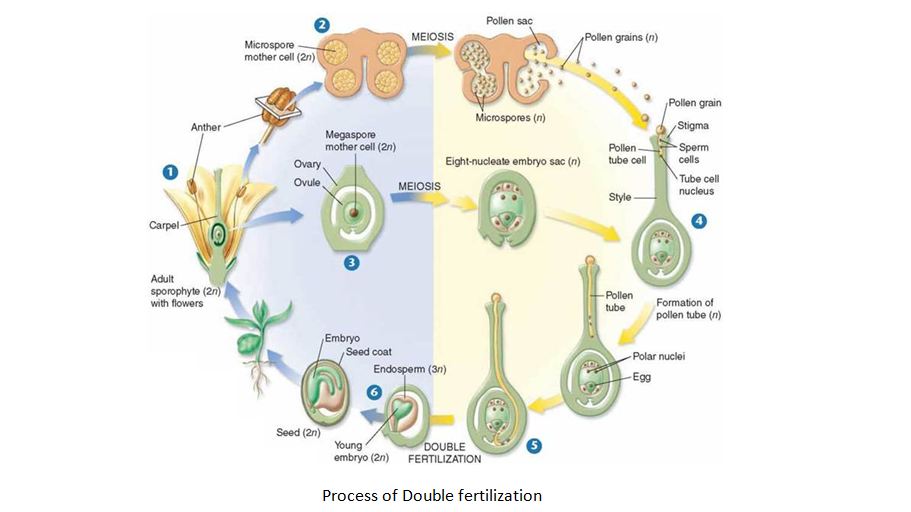 Internally into the ovary, two polar nuclei are also present. They fuse with other male nuclei to from primary endosperm nucleus. This process is known as vegetative fertilization or triple fusion.

What happen after fertilization?

Flower is beautiful no more! But its existence is being taken off for the formation of new parts of plants. Let me tell you those parts as well.

You know one a number of phenomena occur in plant other than normal fertilization. One of them is Polyembryony. In it, numbers of embryos are more than one.

One of the phenomena occurs in plants which is parthenocarpy. Ã‚Â Here, embryo is formed without fertilization.

One more of the occurrences which are known as apospory or apogamy is also there in which embryo is formed from any other cell of embryo sac & here no fertilization occur.

No matter how much I tell you, information always seems less. Not an issue. If you are looking for more info you can jump into this link. Morphology of Flowering Plants & Sexual Reproduction in Flowering Plants. You will find good info to learn.

Well students! askIITians always try to update the knowledge of student. I am Anjali Ahuja; one of the members of this family. We have created quality study material for you. Just click the link & check it by yourself

Thanks for rating this! Now tell the world how you feel - Share this on Twitter and on Facebook.
(Nah, it's cool; just take me back.)
MOODTHINGY
How does this post make you feel?
« These daily usage of s-block elements will surprise youÃ¢â‚¬Â¦
You wonÃ¢â‚¬â„¢t panic about learning animal kingdom after reading this as it is going to help you to crack AIPMT. »