IIT-Madras is not just a hallowed institution for science and technology in India, but also an institution that leaves no stone unturned to inspire aspirants in some way or another. With a long history of inspirational activities in the campus, IIT-Madras believes in motivating aspirants and shapes their future through a creative learning medium.

Following its legacy of all time, IIT-Madras organized a workshop on last Monday and Tuesday to inspire the raw aspirants of science and technology. 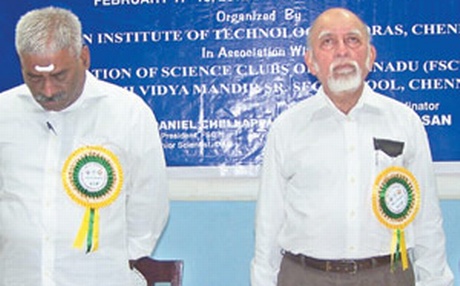 In association with the Federation of Science Clubs of Tamil Nadu and Higher Secondary School, the key objective of this workshop organized by IIT-Madras was to inspire school students towards scopes in technology and science. This workshop was titled Ã¢â‚¬Å“Science and EngineeringÃ¢â‚¬â€A JourneyÃ¢â‚¬Â.

The workshop received an ideal response. 60 schools and 278 students from across the nation participated in the workshop. These students were introduced to a world of current developments and applications in the field of science and engineering, which the institutions believes will help them shape their career.

The participating students were given an opportunity to visit and personally experience all facilities of IIT-Madras including laboratories and other important departments.

In the year 1959, IIT-Madras was the third institution for science and technology founded by the government of India. IIT-Madras boasts over 550 faculties and over 8,000 students.

Thanks for rating this! Now tell the world how you feel - Share this on Twitter and on Facebook.
(Nah, it's cool; just take me back.)
MOODTHINGY
How does this post make you feel?
« Police Investigating Team Seeks Help from IIT-Bombay
Three Young Minds from BITS Pilani Woo the Entire IT World with Bandhana »