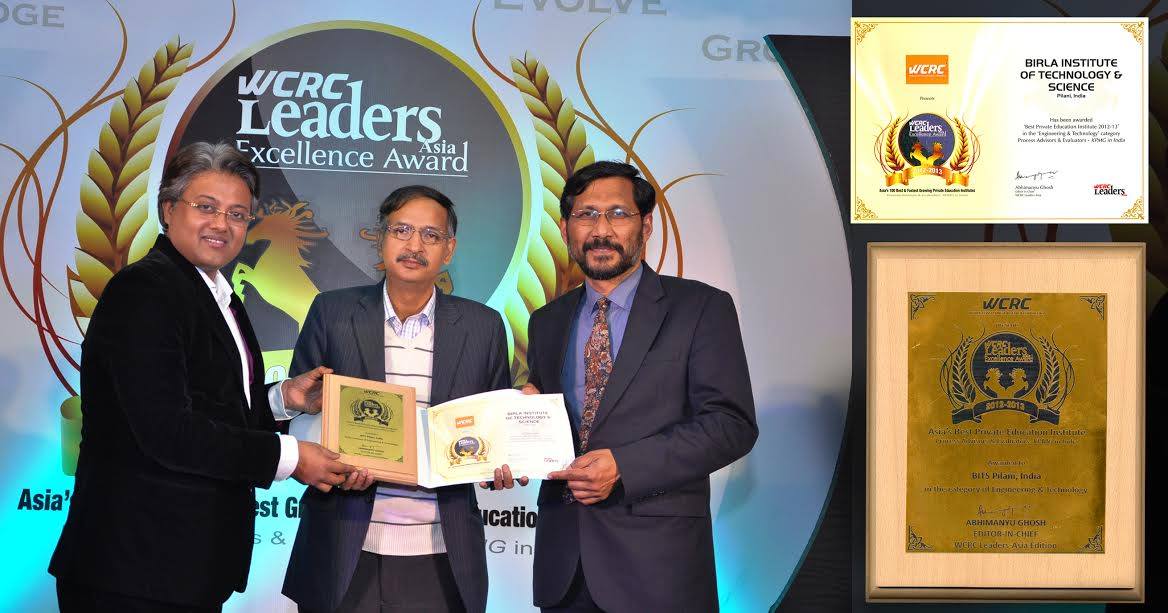 Proving its mettle in making many engineering dreams come to reality, BITS Pilani has once again hogged the limelight for its remarkable achievement during WCRC Leaders Asian Education Excellence Summit. Held on January 9th, 2014, BITS Pilani bagged the award for AsiaÃ¢â‚¬â„¢s Best Private Education Institute in the Engineering and Technology category during the summit

All top academicians from the aforementioned countries were present when the award was received by Professor G. Raghuram, Director of Pilani Campus, on behalf of BITS.

The award giving ceremony was held on the backdrop of the January 2014 issue of WCRC Leaders-Asia magazine. The magazine has done a special cover on AsiaÃ¢â‚¬â„¢s 100 Best & Fastest Growing Private Education Institutes. WCRC, The World Consulting & Research Corporation, was the host of the ceremony.

Thanks for rating this! Now tell the world how you feel - Share this on Twitter and on Facebook.
(Nah, it's cool; just take me back.)
MOODTHINGY
How does this post make you feel?
« The War of Money at IITs and BITS
Facebook Shocks Again!! Buys WhatsAppÃ¢â‚¬â€Is Insecurity the Reason? »