Want to be an Entrepreneur? Now Immense Opportunities for Non-IITians! 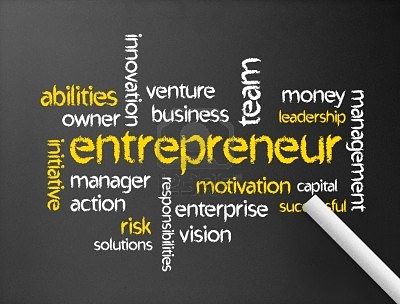 Days are gone by when only premier institutes like IITs were teaching the basics of setting up own businesses. These days entrepreneurshipÃ‚Â is on theÃ‚Â agendaÃ‚Â of even second- rung engineering colleges, and many of them are introducing it as a subject.

According to Padmaja Ruparel, the president of Indian Angel Network, IAN, “WhileÃ‚Â large companiesÃ‚Â hire against attrition, start-ups are best positioned to createÃ‚Â new jobs”. EncouragingÃ‚Â entrepreneurshipÃ‚Â runs beyond providing incubation centres, Ajai Chowdhry, the chairman of IIT- Patna and the co-founder of HCL says. Ã¢â‚¬ËœPremierÃ‚Â institutesÃ‚Â have the best students and faculty members. During their course work they come up with interestingÃ‚Â product ideasÃ‚Â but there is little to nurture thatÃ¢â‚¬â„¢ says the architect of the B Tech minor in entrepreneurship initiated atÃ‚Â IITÃ‚Â Hyderabad in 2011, and now at IIT-Patna. He adds that he has been approached by autonomous universities, as well as tier-2Ã‚Â collegesÃ‚Â from Gurgaon and Bangalore for emulating the same.

The programme is adopted by 26 engineering colleges acrossÃ‚Â Andhra PradeshÃ‚Â on-board. It will trainÃ‚Â students inÃ‚Â business education,Ã‚Â and combine technical mentorship and prototyping with the support of faculty and business mentors. Aruna Reddy, the associate director of Centre for Entrepreneurship Development at ISB says, “We do not expect students to turn into entrepreneurs immediately after college, as it is not the first career choice for many.”

The two- year pilot programme in collaboration with theÃ‚Â AP Society for Knowledge NetworksÃ‚Â hasÃ‚Â setÃ‚Â a corpus of Rs.2.5 crore for seedÃ‚Â fundingÃ‚Â business ideas selected at the end of the programme, apart fromÃ‚Â angel investorsÃ‚Â willing to participate.

Similarly, there are initiatives which have been implemented by other states to encourage entrepreneurship among young graduates, like, the Student Entrepreneurship Scheme ofÃ‚Â Kerala government,Ã‚Â which incentivises student start-upsÃ‚Â with incubation, as well as 20 % relaxation inÃ‚Â attendanceÃ‚Â and grace marks for their initiative.

TheÃ‚Â Karnataka government’s initiative is to set up infrastructure facilities in tier- II and tier- III cities for development of satellite IT centres and incubators earmarks. 100 crores have been set for VCÃ‚Â fundingÃ‚Â for tech start-ups in the state.

Thanks for rating this! Now tell the world how you feel - Share this on Twitter and on Facebook.
(Nah, it's cool; just take me back.)
MOODTHINGY
How does this post make you feel?
« 11 year old Indian Girl has the Highest IQ in the World! A Proud Moment for the Nation.
Boys Shine in the UPSC Exam Results this Year; 1122 Candidates Recommended for Appointment »