A peep into the World’s Toughest Exams 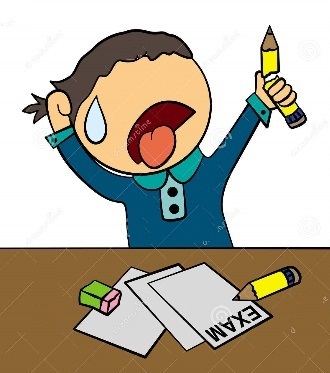 Everyone says that the student life is the best time of any personâ€™s life, full of joy and happiness. But ask students! Is their lives just perfect? And they would deny in symphony! It is because of just one factor- exams. Exams vary from schools to college, they differ in patterns, they come in different shapes and sizes but their outcome is the same, fear and stress. While it would subjective to rank different exams according to their difficulty level, but we have got you a list of exams which are by far considered to be the toughest by the experts. Let us have a look at the same.

Mensa is the society of higher than the highest of the intellects. Roland Berrill, an Australian Barrister along with Dr Lancelot War, a British Lawyer cum Scientist, thought upon this idea of making a society with people who had an exceptional IQ (Intelligence Quotient). The society was established in 1946 and today it comprises of 110000 members ranging from over 50 countries around the world. This was started with the Lincoln College in Oxford but gained immense popularity across the world. The best part about Mensa is that there is no age limit to be itâ€™s member. The youngest member is reportedly 2 and a half years old and the oldest is 102 years old! So, what is the IQ needed to be a part Mensa? Well, minimum 98 percentile!

It is the National Admission Test for Law in UK for all the main law universities. It was establish on a dire need of the Oxford University as they could find no ways to choose between many applicants with just a little varied A-level scores. LNAT brought about a better sorting process. All local or global applicants need to apply for LNAT in order to be considered for the participating UK law colleges. This rigorous examination checks the ability of the applicants based on his or her logical reasoning skills as well as reading comprehensions. Sometimes a comprehension essay may even take up to 40 minutes to be attempted but there is a time limit of mere 150 minutes.

Also known Suneung, the Collage Scholastic Ability Test or CAT of South Korea is one of the toughest standardized tests of the world. Conducted every year on the second Thursday of November month, this test is a very important one. Its significance can be well understood from the fact that on the day of this test, all South Korean Government officials are asked to come late for work in order to keep the roads traffic free for the applicants going to appear for the exam. In OCED countries of South Korea a large number of reported suicides among the youngsters is due to their disappointment or failure with CSAT exam. Itâ€™s unbelievable that the parents start preparing their kids for this test since their elementary schooldays!

Graduate Record Examination or the GRE is a test one needs to take to get an admission into the universities of many American countries. Where the examination is considered to very tough, on the other hand immense competition makes it tougher. It a computer based examination and the applicants are tested on the basis of their verbal reasoning, critical thinking, analytical writing skills and quantitative reasoning. The passing score for GRE varies from college to college.

The Law School Examination or LSAT is held in Australia, Canada and United States. This examination ranks te applicants in order of their reding comprehension, verbal reasoning and logical analysis. Passing this examination gives the applicant an edge over his or her GPA. In just a period of 2 years an applicant gets 3 chances to clear this test, which is the maximum allowed limit.

Now this sounds familiar, doesnâ€™t it? The Indian Institute of Technology or IIT is one among the most prestigious engineering institutes of the world. It has an applicant vs the selection ratio of 500000:10000. So it ca be said that out of every 50 students who apply for the IITs each year, only 1 gets selected. Many aspirants can do or die for IIT as according to them there is nothing beyond the IITs. The students diligently prepare for IITs for 2 years after their 10th class bard examinations and every speck of enjoyment or leisure activity is sacrificed in the race for the ultimate.

The Common Admission test or CAT is another entrance tests from India. It is the decisive test for the prestigious Indian Institutes of Management (IIMs). IIMs are amongst the premier management institutes of the world. CAT rates the applicants on the basis of the following four skills: verbal ability, quantitative aptitude, data interpretation, and logical reasoning. Apart from the level of the test paper what makes it more difficult is the negative marking and the section-wise cut-offs. This test is 150 minutes long and is a computer based examination.

Where all the other entrance tests in the world are conducted among the students to identify the geniuses, the All Souls Prize Fellowship Exam is conducted among the geniuses to identify the cream among the genius people! The eligibility criteria for this exam is the top 500 oxford university graduates who are the first class honours graduates. Other students from different universities with equal academic achievements are also eligible for this test.

UPSC or the exam conducted by the Union Public Service Commission of India is the clearing test for Indian Administrative Services recruitments. Also known as â€˜civilsâ€™, this exam is considered tougher than even the Joint Entrance Examination or the Common Aptitude test. It is a gruelling examination comprising both objective type as well as subjective type tests. It is an honour to clear such an examination.

â€˜Gaokaoâ€™ or the National Higher Education Entrance Examination is the biggest milestone in any Chinese studentâ€™s life. It is because their academic and further the professional future depends entirely on the Gaokao. It covers all the subjects because it is a pre-undergraduate level test and an entrance for the universities. Not just competition, but the students go through a lot of psychological pressure preparing for these examinations. Suicides, cases of depression, and nervous breakdowns occur the most among students during this duration in China.

Thanks for rating this! Now tell the world how you feel - Share this on Twitter and on Facebook.
(Nah, it's cool; just take me back.)
MOODTHINGY
How does this post make you feel?
« 7 Best Tips to Master Physics to Crack JEE with H.C. Verma
Admit Cards for BITSAT 2014 to Be Out Soon »