The Haunted Truth of Indian Institute of Technology 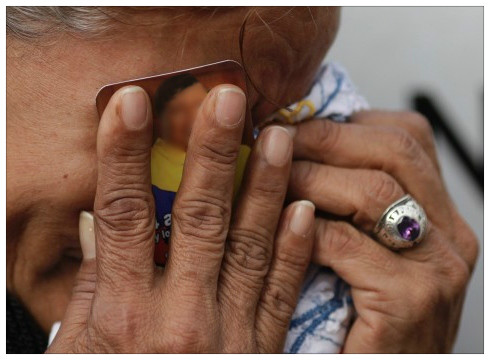 With the news of an IIT-Roorkee student, Udai Tanajirao Biradare, committing suicide in the hostel premises last Wednesday, blood ridden alleys of IITs have once again come back to haunt the very dream of Indiaâ€™s so called educational reform. Suicide toll in IITs across the country has now hit 4 since December (2013), which, needless to say, is a grave situation for our country to deal with.

The growing rate of suicides in Indiaâ€™s hallowed institutions for engineering has impacted the countryâ€™s overall growth in many ways. But to talk only about its impact on the countryâ€™s development today will be a cold-hearted discussion. We canâ€™t forget about the impact of these suicides on the families of the deceased and their loved ones. The misery of students who commit suicide for, say, any reason does not end with their lives but passed on to members in their families, friends, and loved ones. These innocent people are left shattered for the consequence of an extreme step taken by their loved one who they believed was studying hard to become an engineer someday.

Suicide cases in IITs also affect engineering aspirants from all walks of life. These suicide cases invariably put institutes reputation in a bad light. So to say, a suicide not just affects an individual, but also affects many other people and things attached to the deceased in some way.

And if suicide cases have so much impact on various things around us, then what can we really do to stop them? Or what have we done so far to stop them?

To begin with this, we must first understand why any student commits suicide. In various suicide cases, institutionsâ€™ administrations and police have cited depression as the main reason behind students taking this extreme step. All right! Can any depression be more painful than the pain of losing your life?

We all face difficulties at some point of our life but it doesnâ€™t mean that we all have to end our lives to get rid of them. The idea is to fight all odds and emerge a winner sooner or later. We agree that rigorous academic environment of these hallowed engineering institutions take toll on many young students studying in a very new academic environment for the first time. Competing with engineering aspirants is a different thing, but to compete with the finest brains of India under one roof is daunting.

A student under depression feels helpless and neglected by other students and staff in the institution so much so that he/she finds ending life a better option than show some guts and face the world.

Commons symptoms of depression found in engineering students are no different. Anybody can spot a student reeling under depression of any sort. But still what can we do to help cope with their depression?

Considering the growing rate of stress and suicide cases among IIT students, all institutions of engineering must come up with something like a suicide prevention cell in their premises where all depressed students can get an expertâ€™s help to deal with stress and all ill feelings of attempting suicides.

Suicides committed by classmates in the institution inspire other students negatively. Hence, institutions must provide effective counseling sessions to all students regularly.

Students must also understand that when any depression tends to interfere with their academic performance then time has come to seriously get it addressed to a professional counselor. In fact, students can also try their bit to get out of depression. Students under depression must try to interact with their loved ones, family members, and close friends about difficulties they are facing. They can also seek help from their classmate or any close friend in the institution.

Students must try to spend a little time on their interest and activities that they enjoy the most. Watch movies, read books, play games, eat what you like, take a break from studies etc.

Students from all walks of life must understand that depression can be dealt with. Committing suicide isnâ€™t really the solution. They should think of their parents before taking such extreme steps. Besides, life is all braving the storm of difficulties.
This post was contributed by Alok kumar Singh, askiitians expert !

Thanks for rating this! Now tell the world how you feel - Share this on Twitter and on Facebook.
(Nah, it's cool; just take me back.)
MOODTHINGY
How does this post make you feel?
« Schoolboy sets a record by inventing an all new computer system!
My Horrible Chetan Bhagat Moment with Two Interesting Zombies from BITS and IIT-Madras »