CBSE students ace JEE Advanced result 2014 to get into IITs 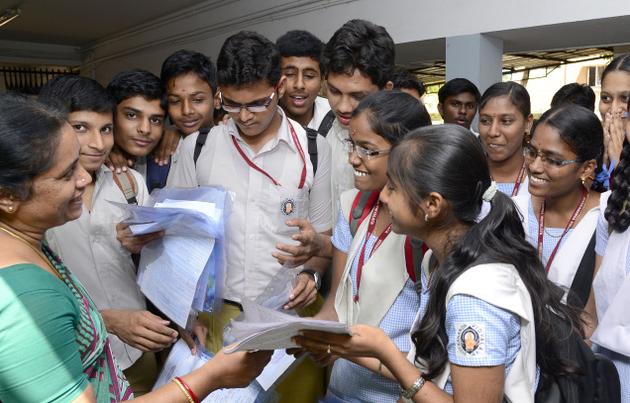 JEE Advanced result 2014 reveals that CBSE board students might have an edge over their peers in cracking the exam. About 55% engineering aspirants who qualified for admission to IITs are CBSE students.

It is believed that the success of CBSE students is the number of CBSE schools across India and the standard of teaching they follow is much higher. On the other hand, IIT JEE coaching in Andhra Pradesh is being given the credit for the success of students from there.

There is just one girl in Top 10 rank holders of JEE Advanced â€“ Aditi from IIT Roorkee Zone. In Top 50, there are two girls. Just five girls made it to Top 100.

Aditi, the female topper of IIT JEE, has scored an All India Rank (AIR) of 7. She secured 95.4% marks in her Senior Secondary Examination (Class XII board exam). A student of Swami Sant Dass Public School in Jalandhar, Aditi plans to join Computer Science at IIT Delhi and dreams to join Civil Services one day.

Chitraang Murdia from Udaipur is the IIT JEE topper this year. He plans to join IIT Bombay with Computer Science or Electrical Engineering as his subjects. He plans to go into hardcore research later.

This year, competition is going to be fierce as about 6,300 more students (compared to last year) have qualified for admission to IIT. There are 9,784 IIT seats to be filled. Hence, the number of shortlisted students is more than double the number of seats on offer.

Now, it is time for students for online or web counselling, where they will have to indicate their choice of subjects and colleges online â€“ from June 20 to June 24. The Joint Implementation Committee will allow successful students to choose twice the number of choices in each category and allot seats accordingly.
This post was published by Aditya Singhal, co-founder of askIITians.

Thanks for rating this! Now tell the world how you feel - Share this on Twitter and on Facebook.
(Nah, it's cool; just take me back.)
MOODTHINGY
How does this post make you feel?
« MP imposes age limit for AIPMT state quota exam at last moment
Punjab University ahead of IITs in World University ranking 2014 »