The New Education Policy (NEP) was launched on July 29, 2020, after the Union Cabinet approved it. It’s basically one of the most significant announcements that the government has made this year. This policy was prepared by a panel of experts led by K Kasturirangan, former chief of the Indian Space Research Organization (ISRO). Besides, it was reviewed by Prime Minister Narendra Modi.

How the NEP 2020 was Formulated

As per the reports, this New Education Policy is formulated to mold the minds of young children, however, its actual impact will only be seen after several years. However, this policy has a commendable vision, but its potency will depend only on the fact of whether it can effectively integrate with the other policy initiatives taken by the government. This policy is launched to wean children away from private tuitions and overhaul the education system of the country. Among other things, the New Education Policy has also renamed the Ministry of Human Resource Development (MHRD) as the Ministry of Education. 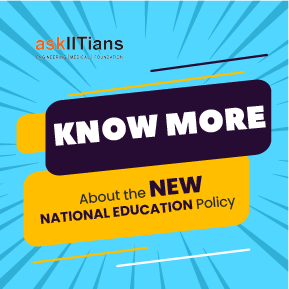 Thus, it can be said that it’s definitely a sign of changing focus on the country’s education.

The NEP 2020 is the first education policy of the 21st century that has replaced the 34-year old Nation Policy of Education (NPE) formulated in the year 1986 by the former Prime Minister Rajiv Gandhi. With the formulation of this policy, it’s believed that it will bring certain transformational reforms in the country’s school as well as the higher education systems. In this blog, we’ve listed the key highlights of the New Education Policy 2020. But before we discuss the features, let’s look at the gaps in the education system of India.

Identification of the Gaps in the Indian Education System

It’s a fact that what we usually study in schools and colleges is only based on fact-based learning and there’s no denying that it’s rarely relevant to one’s life as well as career. Besides, the knowledge we get there doesn’t play a major role in helping us get a good job.

When it comes to the Indian Education System, it can easily be said that it’s majorly exam-centric. With students scoring high and colleges releasing the cut-offs, many students are there who are usually left out as they can’t sustain in this highly competitive ecosystem.

The country’s education system is also criticized because if a student is pursuing Science would be left with either little or no knowledge of other streams such as commerce, Arts, and vice-versa.

But to glaring up these gaps, the Modi Government has come up with a New Education Policy. Keep reading this post to learn about the key highlights of NEP 2020 that aims at addressing these shortcomings in the country’s education system.

The policy proposes many structural changes in the early as well as the higher education system. It’s been developed after several consultations over the last five years with the stakeholders and the general public. NEP 2020 document says that it “aims at producing engaged, productive, and contributing citizens for building an equitable, inclusive, and plural society”.

Besides, there are some of the key phrases that are included in the policy document that is taken about eternal Indian knowledge. It’s been mentioned in the document that “the pursuit of knowledge (jnan), wisdom (pragyaa), and truth (satya) was always considered in Indian thought and philosophy as the highest human goal”. Therefore, with the new Education Policy, it’s being conveyed that it’s time to move the education towards more learning about how to be creative and critical while solving problems, how to be multidisciplinary, and how one can adapt, absorb, and innovate the material in varying fields.

Well, if this New Education Policy is being executed keeping a focus on these pointers, then it can easily be said that it won’t just change the Indian Education System from the outer side but to the core. Now since you all learn about the main aims of the New Education Policy, let’s further discuss some of its key highlights and features.

Reforms the NEP 2020 aims to Bring About

The National Education Policy suggests several reforms to school as well as the high school education system. These reforms are as follows:

Other Important Facts to Know

Well, these are some of the key highlighting points about the recently announced and formulated the New National Education Policy (NEP 2020) in India. We hope that this policy will boost the employment rate in the country. Besides, we believe that with the implementation of this policy, there’ll be a radical transformation in India’s Educational Ecosystem.

Thanks for rating this! Now tell the world how you feel - Share this on Twitter and on Facebook.
(Nah, it's cool; just take me back.)
MOODTHINGY
How does this post make you feel?
« JEE and NEET 2020 Latest News – Exams to be conducted in September
askIITians GRIP(Global Rendering of Intellectuals Program) 2020 »