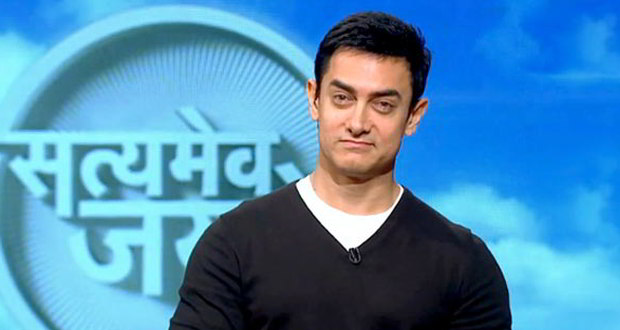 Following the unprecedented success of the TV show Satyamev Jayate, the mega Indian film star and the showÃ¢â‚¬â„¢s host, Aamir Khan, has been flooded with requests to watch an episode of his television show with students of colleges across the country.

Much to the disappointment of students, Aamir Khan due to other professional commitments could not fulfill requests made by students.

However, according to the latest news doing the round, Aamir is finally ready to watch an episode of his revolutionary TV show with students of IIT-Bombay.

Ã¢â‚¬Å“Aamir has been invited by IIT-Bombay and has finally managed to make time for the meeting. He will be attending the screening of the fourth episode of the second season ofÃ‚Â Satyamev JayateÃ‚Â with the instituteÃ¢â‚¬â„¢s students,Ã¢â‚¬ÂÃ‚Â an important source revealed.

The show has touched issues like rape, police system, and the garbage disposal process in India.

Ã¢â‚¬Å“Aamir will be visiting the campus today (March 23) to watch the episode with around 1000 students from the IIT. The topic of the episode has not been revealed yet. The screening will be in the convocation hall, after which there will be an open interaction between Aamir and the students,Ã¢â‚¬ÂÃ‚Â the source added.

Ã¢â‚¬Å“Aamir interacted with a wide audience during the showÃ¢â‚¬â„¢s making. When he was invited to watch the episode with students from the IIT and interact with them, he was keen on making the visit,Ã¢â‚¬Â AamirÃ¢â‚¬â„¢s spokesperson confirmed.