Do Vacant Seats Point to Diminishing Value of Brand IIT 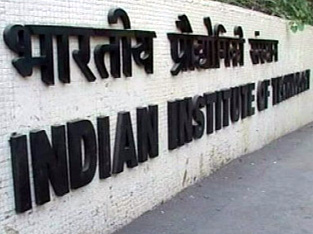 The co-relation between the branded engineering colleges IITs and the courses that they offer has taken a downward spiral if the news reports are to be believed. In 2007, the centre took a pragmatic approach and doubled the number of seats on offer, across all IITs from 4500 to about 9784 out of which general categories seats are limited to a little less than 5000. The idea was to provide to increased number of opportunities to nurture talent in the country. But, circa 2014 and IIT brand name across the sub-continent is dealing vacant seats. Reports state than an estimated 650 IIT seats are vacant in 2014 at the second round of counselling, something unheard of till a few years earlier.

Popular IITs such as IIT Mumbai, IIT Delhi and IIT Kanpur and their much sought branches of Computer Science, Electronics Communication, Civil, Chemical & Mechanical Engineering and Biotechnology seats filled on the first day of counselling. But, even for these exalted institutes which are the Mecca for every PCM student from this country are unable to attract takers for it agro and ocean engineering and h naval architecture. According to IIT Kharagpur JEE Chairperson MK Panigarhi, Ã¢â‚¬Å“The popular courses get filled easily but unfortunately some departments are not finding favour with the students.Ã¢â‚¬Â

It is these departments that are causing the critics sour grapes to insist that the value of the IIT brand name is diminishing. They take the example of vacant seats at IITs at institutes such as IIT Roorkee and IIT Kharagpur which were earlier considered the pinnacles of education. Ã‚Â As of now, it is estimated that about 650 seats remain vacant in IITs across India. Empty seats are not something novel to 2014. Even in the year 2013, seats across IITs remained vacant.Ã‚Â  Students are not interested in branches for which they are deemed eligible at eminent IITS choosing instead to pursue more lucrative branches at other institutes.

The reasons can be debated, doubted and dissected in detail. But the answers will not diminish the heartache as the less popular IIT Dhanbad and IIT BHU Varanasi deal with vacant seats despite the IIT brand name. Some may argue that the Centre has taken the world-class standards and diluted them by opening IITs across India without proper plans for infrastructure or adequate research and placement resources for new courses. This has lead to compromises in terms of education, facilities offered and faculty hired. There is another school of thought that believes that the highly competitive nature of students coupled with the desire of material success is the main culprit for the vacant IIT seats.

There is no doubt in anyoneÃ¢â‚¬â„¢s mind that IITs of India are the most prestigious arenas of engineering education not only in India but also in the world. However, filling about 5000 general seats in a country where engineering is still considered premium career choices for boys and girls should be an easy thing for the IIT brand to do. The vacant seats however point to a different reality begging the question: Ã¢â‚¬Å“Are the IITs brands diminishing in value or is it just a market dynamic that will alter its path in the coming years?Ã¢â‚¬Â

Thanks for rating this! Now tell the world how you feel - Share this on Twitter and on Facebook.
(Nah, it's cool; just take me back.)
MOODTHINGY
How does this post make you feel?
« Meet An Outstanding IITian Girl in a Job Interview!
Know What Happened? When A Girl Proposed to An IITian Entrepreneur! »