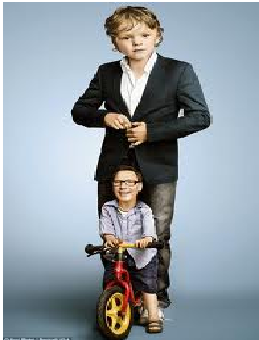 #1 I used to pick pocket of my Dad!
I work in Cognizant at Chennai and I have a confession to make. When I was in school, I used to steal Rs 50-100 from my dadÃ¢â‚¬â„¢s pocket every week Ã¢â‚¬â€œ apart from the pocket money I used to get. Now that I have started earning, I visit my home every weekend and slip my hands in his pocket secretly Ã¢â‚¬â€œ not to steal but to keep Rs 500-1,000 in them. He has retired now and I donÃ¢â‚¬â„¢t want him to feel dependent on anyone Ã¢â‚¬â€œ ever.

#2 Wanted to embarrass my roommate, embarrassed myself in turn!
When I was at NIT Trichy, my roommate put up quite a raunchy poster of a sexy model on a beach with hardly anything on her. It used to distract me a lot but despite repeated requests, he refused to take it off the wall. Hence, when he went home on a weekend, I decided to embarrass him.

I dug into his dadÃ¢â‚¬â„¢s Facebook profile, downloaded one of his photos, got a print in the large size and pasted his face on the face of the model with Fevikwik. 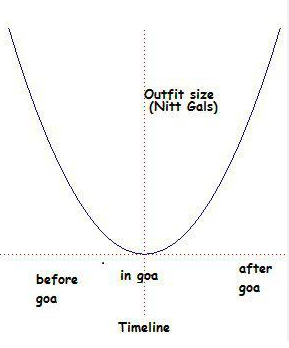 Next morning, he came back early morning Ã¢â‚¬â€œ with his Dad! His dad had brought a nice treat for me too. I was so red-faced that I ran away from my room in pyjamas. We have never talked again.

#3 ItÃ¢â‚¬â„¢s true, swear to God!
In 4th year, we went to Goa for a class picnic…and it affected our view for the entire semester! HereÃ¢â‚¬â„¢s what had really happened:

#4 The Dumbass got placed in Microsoft!
I was a student of CSE department at NIT Tiruchirapalli. One of my classmates accidentally deleted the Ã¢â‚¬ËœRecycle BinÃ¢â‚¬â„¢ icon on his laptop while accessing it through his desktop. So, he promptly got up, went to the octa computer, copied the Ã¢â‚¬ËœRecycle BinÃ¢â‚¬â„¢ icon from there to the pen drive and then, copied it to his laptop. He later got placed Microsoft, no less. What a genius!

I came from a very poor family and my parents never had enough money to be able to bear my study expenses. While I was studying at NIT-T, I worked part-time at Thiru and made around Rs 6,000 per month until my third year there. When other students used to go on holidays to Pondli, Ooty or Kodai, I used to be the only one still at the campus. Some made fun of me, some just avoided me. I lived and thought like a loser. But I persevered and did not let my focus waver. Today, I am placed in a good software company and have everything I always wanted to have. My parents are proud of me and I have realized the power of real passion.

Thanks for rating this! Now tell the world how you feel - Share this on Twitter and on Facebook.
(Nah, it's cool; just take me back.)
MOODTHINGY
How does this post make you feel?
« Score well in BITSAT 2014: Know the common mistakes committed by students and the technique to avoid them!
Quick Glimpse of the Academic Structure of IITs »