JEE Main merit list to be based on percentile scores

The JEE Main merit list, will be based on percentile scores and not raw marks. 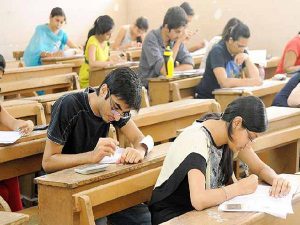 The JEE main merit list, which will decide the basis for admission to NITs and other CFTIs, will have a new procedure for arriving at the final score, as per the National Testing Agency (NTA).This comes after NTA’s decision to conduct JEE Main in two cycles of computer based examination.

“A core group of experts from IITs(Roorkee, Kanpur, Delhi, Guwahati), IIM-Lucknow, NITs, UGC, IASRI (Pusa) and AIIMS, Delhi, among others have been asked to finalize the process for calculating the NTA score,” said an NTA official.

The apex agency feels the changes in the system are necessary because of the changing test format from next year onwards. From 2019 onwards, JEE main will be conducted twice, and the candidate’s best score will be considered.

Thanks for rating this! Now tell the world how you feel - Share this on Twitter and on Facebook.
(Nah, it's cool; just take me back.)
MOODTHINGY
How does this post make you feel?
« Some students applying in medical universities abroad may not have to clear NEET
JEE Main Application forms on official website »