IIT Bombay ranks amongst the most employable universities in the world!

New Delhi:Ã‚Â  In the Global Employability Ranking 2013 conducted by RH Emerging, IIT Bombay has featured as one of best universities in the world for employability of its graduates. In all, three Indian educational institutions made their way to the list Ã¢â‚¬â€œ the other two being Indian Institute of Science (IISc) and Indian School of Business (ISB). 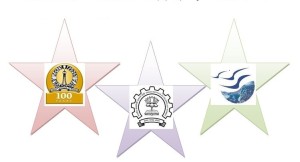 IIT Bombay, however, has the lowest ranking amongst the Indian universities on the list at #145. IISc was ranked #23 while ISB was ranked #52 in terms of the employability of their graduates as perceived by international recruiters.

RH Emerging is a French consulting group that conducted the survey with the German polling institute Trendence. More than 5,000 top recruiters from 20 countries, which hire about 90% graduates across the world, were interviewed for the survey.

While the first nine universities on the list were unsurprisingly British and American, Asia contributed as many as 24 universities to the list Ã¢â‚¬â€œ including seven from Japan, five from China, three from Hong Kong, two from South Korea, two from Singapore, one from Israel and one from Taiwan.

IIT Bombay ranking by QS World University in 2013 has been #233. QS also ranked it amongst Top 50 universities worldwide for its Civil Engineering course Ã¢â‚¬â€œ at #39. In Asia, IIT Bombay was ranked as the 39th best university again by the QS this year.

Thanks for rating this! Now tell the world how you feel - Share this on Twitter and on Facebook.
(Nah, it's cool; just take me back.)
MOODTHINGY
How does this post make you feel?
« BITS Pilani movers and shakers rock India and the world!
Estimate your rank in JEE and the course options in IIT Delhi! »