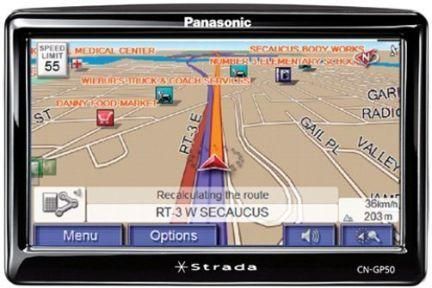 23 year old Dhruv Jain from IIT-Delhi has very recently developed a cellphone-based indoor navigation system called Roshni for the visually impaired. Sponsored by Korean cellphone giant Samsung, Roshni is slated to be available in Indian markets in the next six months.

“Our department was frequently visited by visually impaired people. We spoke to them and found that one of the major problems they faced was difficulty in independent indoor navigation. That was the trigger that started this project,” hearing impaired himself, Dhruv said in his interview.

This navigation system, Roshni, is comprised of wall sensors, a waist-worn device to receive and identify signals, and mobile application for user interphase. The revolutionary navigation has been successfully installed at Bharti where IIT-Delhiâ€™s computer science department is situated.

This device uses mobile device (working with variants of the Android Operating System) to communicate with the user.

Although a six-member team led by Dhruv and Professor M. Balakrishnan at Bharti is currently busy giving final finishes to the navigation system, Roshni has already been tested on visually challenge people and has subsequently garnered positive response.

“Initially there were battery backup issues. We have now sorted that out. We hope to launch the device commercially in the next six months. This product is meant not only for the visually challenged, but also for others. It is especially useful at places such as museums, where there is very little light,â€ Abhinav Saxena, a project associate, overseeing the hardware aspects of Roshni, was quoted as saying.

The team is also gearing up to launch the updated version of the device at the National Center in Pragati Maidan in New Delhi.

“In countries such as the US, it is mandatory to make public buildings disabled-friendly. If such a law comes into force in India, this device will have a great market,” Saxena said.

Dhruv aspires to instill a spirit of independence among visually and physically challenged people to boost their confidence in the country.

Thanks for rating this! Now tell the world how you feel - Share this on Twitter and on Facebook.
(Nah, it's cool; just take me back.)
MOODTHINGY
How does this post make you feel?
« The Wackiest Thing I Did was for IIT Campus Placements!
What Qualities are required to crack IIT Entrance Exam?, An IITian story »