The World is full of Batteries, thanks to the Development in Technology Today !!

From cell phones and laptops to hearing aids and cars, they are everywhere. Imagine what would happen if we have to every time plug in our devices for electricity. Wires would have been hanging everywhere around us thereby creating mess and safety issues. Our cars wouldnÃ¢â‚¬â„¢t start with a single turn of key, our laptops wouldnÃ¢â‚¬â„¢t work during travelling. How would our life have been, then!!

Thankfully, our load has been reduced by the advent of batteries. Despite this fact, we know so little about themÃ¢â‚¬Â¦be it car batteries or invertor batteries they are always overlooked.

So, today we are going to understand the simple funda of car batteries. 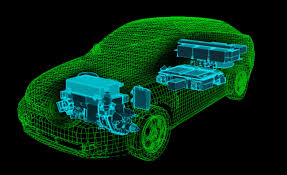 Though we have different types of batteries, the basic manner in which they work nearly remains the same. Whenever you connect a device with battery, a chemical reaction starts which produces electrical energy or in short we can say that here chemical energy converts into electrical energy. This type of reaction is known as Ã¢â‚¬Å“ELECTROCHEMICAL REACTIONÃ¢â‚¬Â.

THE ANATOMY OF A BATTERY

Most of the batteries comprise of four basic units :- electrodes, electrolyte, collector and separator.

Electrodes occupy most of the space and provide the site for the chemical reaction to occur. Basically we have two types of electrodes. Though they both are made up of conductive materials yet they perform different functions. You might have seen two terminals in a normal cell. These are positive terminal, marked with (+) sign and negative terminal, marked with (-) sign. 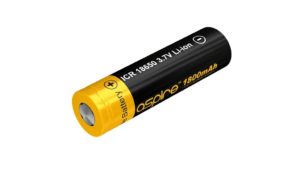 One of the electrodes called CATHODE is connected to the positive end of the battery and is the point where electrons enter (or electric current leaves) during discharge that is when the battery is used up to power a device. The second electrode called ANODE is connected to the negative end and is the point from where electrons leave (or electric current enters) during discharge of a battery. 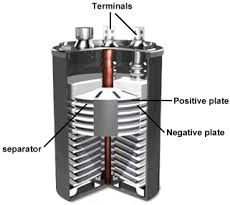 Inside these electrodes as well as in between them lies ELECTROLYTE. It is gel like or liquid material which consists of electrically charged particles like ions. These ions club with the material which constitutes electrode thereby starting the chemical reaction inside the battery and thus generating current. So, we can say that an electrolyte is a medium which allows electric flow between cathode and anode.

In order to prevent the electrodes from touching each other while allowing the electric charge movement freely, a SEPARATOR comes into picture which acts as a barrier between cathode and anode. And finally it is the COLLECTOR which conducts the complete charge outside the battery through load.

Now in order to power the reactions, most batteries use variety of chemicals. In a typical car battery, we generally use lead-acid battery technology which is rechargeableÃ¢â‚¬Â¦…which is good for us, isnÃ¢â‚¬â„¢t it ?? Also, this technology is relatively less expensive and reliable even in the harsh conditions of car (high temperature, vibrations etc.) 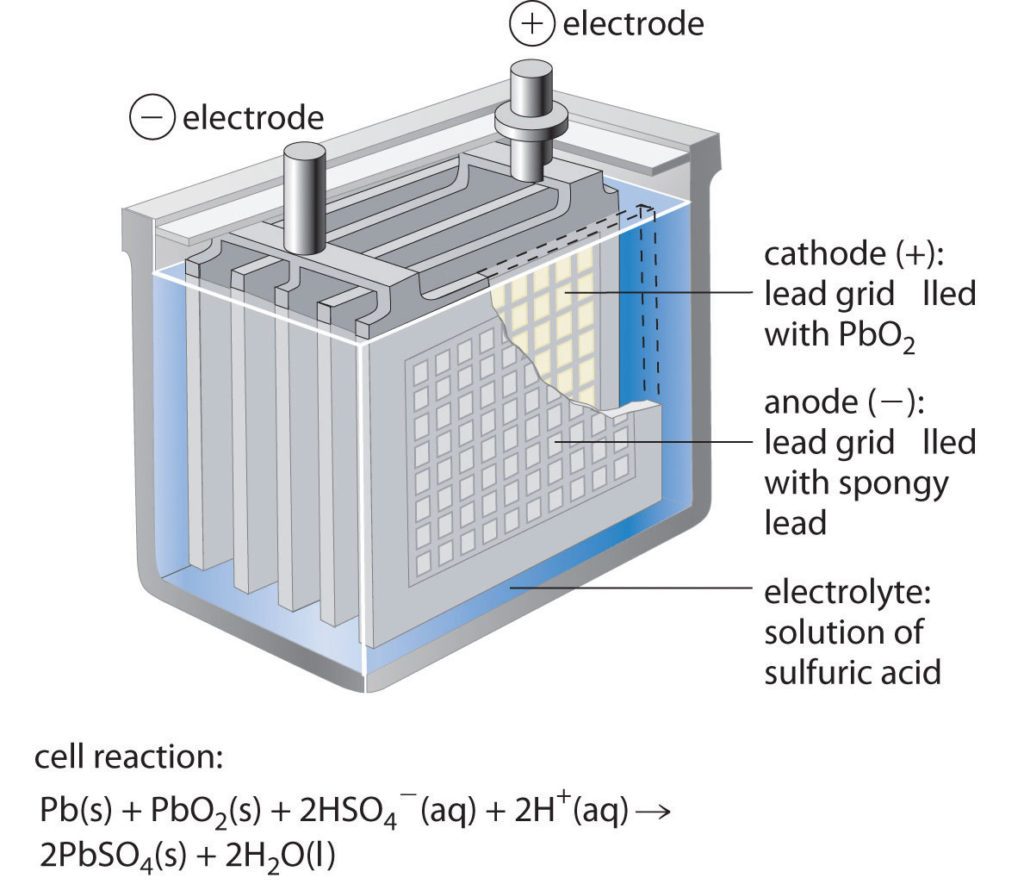 In this the electrodes are generally made up of metallic lead and lead dioxide whereas the electrolyte is usually sulfuric acid solution.

I See itÃ¢â‚¬â„¢s that simple!! For more info you can check the following link.

You can also clear your doubts, if any, over here. 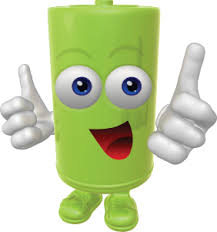 Thanks for rating this! Now tell the world how you feel - Share this on Twitter and on Facebook.
(Nah, it's cool; just take me back.)
MOODTHINGY
How does this post make you feel?
« Tricky Questions Made Easy – A Key to Organic Chemistry
ALKANES-SIMPLIFIED »