The mystery of life in codes

Hope you guys must be doing good!

So, I am back with another part of the story.

Guys, ever thought, in what pattern the genetic information is present in DNA? and how the information are being decoded? If not, let me make you clear about.

We have just 4 attributes viz., Adenine, Guanine, Cytosine, Thymine or Uracil (A, G, C, T and U in place of T in RNA) and â€˜nâ€™ number of possibilities. Just like with the help of 26 letters, there is possibilities to compose unlimited literary work, same goes with these letters.

These nitrogenous compound which are represented by letters (ATGC) along with pentose sugar (5 carbon) and phosphate group form a single nucleotide.

Now, it is clear from above information that Genetic code are nothing but simply the set of rules by which information which are encoded within genetic material is translated into proteins by machineries (Ribosomes, tRNA) in living cells. These codes define how nucleotides specify which amino acid will be added next during protein synthesis. 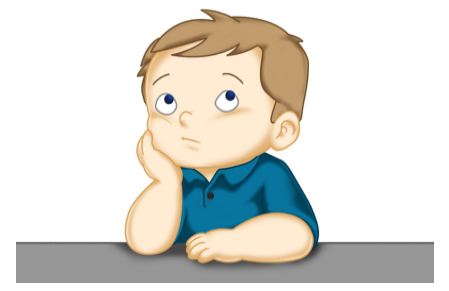 There are altogether 64 possible permutations, or combinations, of three-letter nucleotide sequences that can be made from the four nucleotides. Out of these 64 codons, 61 codes for amino acids and 3 are stop codon (UAA, UAG, UGA).

Although each codon is specific for one amino acid (or one stop signal), the genetic code is described as degenerate, or redundant. This is because a single amino acid may be coded for more than one codon.

So guys, you must be thinking about its features, Right?

Donâ€™t panic! I am here to help you out.

The way by which the codons are being translated is called its reading frame. So, the codon is defined by its initial nucleotide from which translation starts and sets the frame for a run of uninterrupted triplets, and this is known â€œopen reading frameâ€ and it is to be read in its 5â€™ Ã  3â€™ direction. Keeping in view the double stranded DNA, there are six possible reading frames, three in the forward orientation on one strand and three reverse on the opposite strand.

Now, where to start and to stop is really a big question. Is there any green signal to start and red light to stop? Yes, Absolutely right! There are signals for start reading the codon for translating it into expressed proteins.

The expression of these genetic codes start with Initiation codon or Start codon. The most common form of start codon is AUG which codes for amino acid, Methionine in eukaryotes and formyl-methionine in prokaryotes. Apart from AUG, there are some more codes for translation to start like GUG and UUG and these normally codes for Valine and Leucine respectively.

So, what about Stop codon? Like start signals, there are some codon which read for translation to Stop. They are UAG (amber), UGA (opal) and UAA (ochre). These codes are also called as â€œTerminationâ€ or â€œNon-sense codonâ€.

The Degeneracy of the Genetic Code

It is not like that genetic code is morally bankrupt. Degeneracy of code simply means that some amino acids have more than one nucleotide codon which them during translation (protein synthesis) 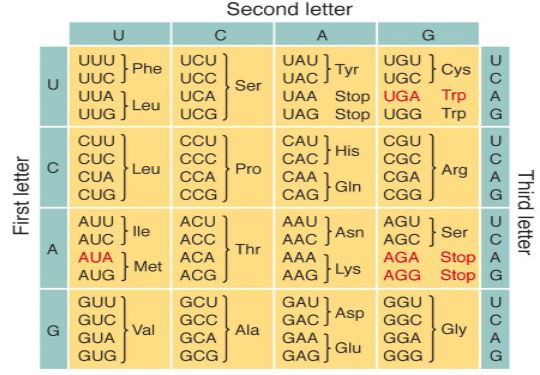 From the table, it is clear that there are majority of the amino acids which are coded by more than one codon. But, one codon does not specify two amino acids, this is called Non-ambiguity. Apart from being non-ambiguous, codon do not overlap. This is because a nitrogen base is a constituent of only one codon.

Well guys donâ€™t forget to learn this topic as you can expect some questions from this topic in any of the medical entrance examination. If you want to learn more in details about other important topics as well, just jump into the link.

I think you remember me. Yes, you are right! I am Aabid Hussain, your biology educator.

For more materials (PCM), you will find it here. And guys, please do not forget to put your queries over here.

See you with again with another amazing stuffs about life. Till then, keep smiling and stay healthy.

Thanks for rating this! Now tell the world how you feel - Share this on Twitter and on Facebook.
(Nah, it's cool; just take me back.)
MOODTHINGY
How does this post make you feel?
« Master the structure of DNA by reading this!
Topic like this will let you score more in AIPMT »