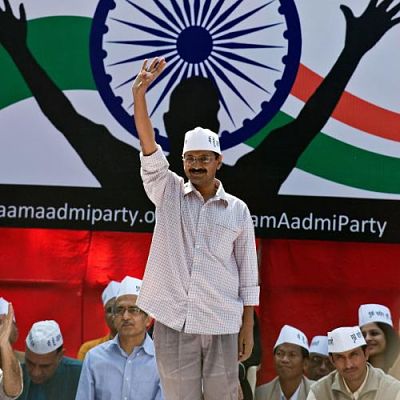 Students at IIT-Kharagpur have recently started an anti-AAP protest in the wake of the partyÃ¢â‚¬â„¢s gaffes less than a month into ministry. The studentsÃ¢â‚¬â„¢ community at IIT-Kharagpur has also strictly warned the party to take care of its actions and other activities in near future.

Although over 400 students from IIT-Kharagpur volunteered for AAP to popularize it to other IITs in India, students have severely criticized AAPÃ¢â‚¬â„¢s current actions in Delhi to earn cheap popularity. This has led students to doubt over the partyÃ¢â‚¬â„¢s future.

IIT-Kharagpur community has openly started criticizing AAP for its instinct in Delhi on its Facebook page called Ã¢â‚¬Å“IIT Against AAPÃ¢â‚¬Â. The Facebook page already has 24,000 people following it.

“Honestly, we didn’t for once think that Kejriwal would make these blatant mistakes immediately after assuming office. Why did he have to say that he had acrimonious documents against Sheila Dixit? Now why is he saying that a lot has to be investigated before making these public? We wonder why he had to assume power in the first place by taking the help of Congress?” Angshuman Chakraborty, an alumnus who runs his own software company, was quoted as saying.

“Who will run the administration if half the officials are suspended? One of the reasons for bribery is also that most government offices are understaffed or manned by incompetent staff. Suspensions cannot solve these problems,” M.K. Badwar, an alumnus of the 1973 batch, said.

There is no denying that AAPÃ¢â‚¬â„¢s popularity after the controversy over Somnath BhartiÃ¢â‚¬â„¢s alleged vigilantism, Ugandan women visitors, and KejriwalÃ¢â‚¬â„¢s Dharna.

“Instead of such gimmicks, the CM should look for mature long-term solutions. Why should the head of a state government advertise anarchy? He is taking the law in his own hands instead of using the law to solve issues,” Anubhav Sinha, a student at IIT, said.

Thanks for rating this! Now tell the world how you feel - Share this on Twitter and on Facebook.
(Nah, it's cool; just take me back.)
MOODTHINGY
How does this post make you feel?
« BITS Pilani Student, Samay Kohli, Develops Mechanical Butlers
The Mysterious Love Triangle of an IITian »