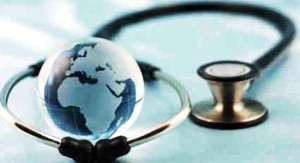 Kolkata: WorldÃ¢â‚¬â„¢s one of the best schools of medicine has taken its step forward to shape up IndiaÃ¢â‚¬â„¢s first medical technology school run by IIT Kharagpur.

From the academic curriculum to the training and equipments of the entire school shall be designed and added a flavor of US. The UCSD (University of California, San Diego) will be responsible in shaping the showpiece school, which shall be first of its kind in the entire country.

With the newly elected chancellor of UCSD, Pradeep Khosla is the first Indian to be the head of one of the top 10 US universities. Khosla is an alumnus of IIT-K 1980 batch, a graduate in electrical engineering and he feels it is time for him to pay back his institute. He is presently in India for the collaborations plans to be executed. On the other hand, IIT-K is very much positive about this step and as the school of medical technology has been brought on track by the Union ministry of human resources development after crossing several hurdles.

Khosla will be honored with the degree of doctorate of science at IIT-Kgp on the foundation day of the institute. Ã¢â‚¬Å“This may be platitude but today wherever I stand in my life, is because of this institution and it is now time for me to pay back. And hence we have initiated the collaborations between the medical schools. We have come a very long way and we are also one of the best in US, thus it might be challenging for us to shape the IIT-kgpÃ¢â‚¬â„¢s medical technology school with the Indian requirements kept in minds.Ã¢â‚¬Â as said Khosla.

If all things put in line, the USCD shall be training faculties as well as the students of IIT-K as the agreement shall be made in next few days. P P Chakraborty, director, IIT-Kharagpur said Ã¢â‚¬Å“We are very much enthusiastic and figuring out the understanding between us as the plans are to set our medical technology school to go parallel with AIIMS.Ã¢â‚¬Â

Khosla, after completing his B Tech worked for Tata Consulting Engineers in Bangalore and later on shifted to Siemens, Mumbai. Then he enrolled for a PhD in experimental robotics at the Carnegie Melon University. He stayed there for a span of 30 years and in between he also took a break in order to work with the US Defence (DARPA) at the time when world wide web was being developed and the web browsers were just launched. Ã¢â‚¬Å“It was crucial time for me as I had secured admission in all 3 IIMs but the interest for research took me out of the country. At that time not many were engineers were interested to be managersÃ¢â‚¬Â Khosla reasoned.

Almost 90% of the IIT pass-outs end up doing MBA and moving away from their core areas/competencies is a matter of concern for Khosla. Ã¢â‚¬Å“Even IIT students migrate from their basic competencies and disciplines, many of them move towards IIMs because of lesser scope. The student canÃ¢â‚¬â„¢t be blamed for this as the government needs to plan the appropriate industrial opportunities so that the students stay back in the fields they excel and carry on the research work and provide consequential inputs to the Indian industries,” added by Khosla.

Presently, Khosla is a part of Ã¢â‚¬Å“pan-IITÃ¢â‚¬Â which is helping the IITs to formulate a whole new approach of tech study and the research work which would enable the students to stay in the home country.

Thanks for rating this! Now tell the world how you feel - Share this on Twitter and on Facebook.
(Nah, it's cool; just take me back.)
MOODTHINGY
How does this post make you feel?
« The top 10 Engineering college fests in India, get mad with the crowd
Satna school shines in CBSE Class XII exams »