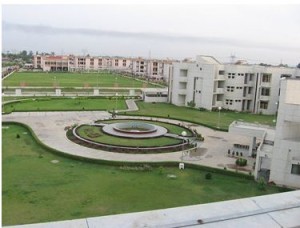 New Delhi: IIT Kanpur felicitated seven of its graduates with distinguished alumnus awards. These included Kamal K Sharma of 1969 batch, Amit Gupta of 2000 batch, Abhay Singhal, Naveen Tiwari of 2001 batch, Bhadresh K Shah of 1975 batch, Sumant Singh of 1978 batch and Keshav K Pingali of 1979 batch. The last three could not be present in the function to receive the award though.

Dr Kamal K Sharma is the MD of Lupin Ltd., a multinational pharmaceutical company. He studied chemical engineering at IIT Kanpur.Shri Amit Gupta has been a serial entrepreneur. He founded Analytics Works, which offered a platform for business intelligence; and then co-founded InMobi, which is the largest independent mobile advertising network in the world. He studied Mechanical Engineering at IITK.Abhay Singhal is the other founder of InMobi. He also co-founded a company TeN in his undergraduate years.

The brain behind InMobi was Naveen Tewari who did his MBA from Harvard Business School. It was he who found mKhoj which was renamed InMobi later.On the occasion Trilochan Sastry, Professor of Quantiative Methods and Information Systems in IIM-Bangalore and IIT-Delhi graduate, was also conferred the Satyendra K Dubey Memorial Award by Professor Indranil Manna, Director of IIT-Kanpur.

This post was written by Aditya Singhal, managing director of askIITians.

Thanks for rating this! Now tell the world how you feel - Share this on Twitter and on Facebook.
(Nah, it's cool; just take me back.)
MOODTHINGY
How does this post make you feel?
« PM and President push NITs to increase their research output
Cheated in Class X, jailed 15 years later »