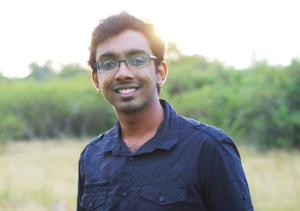 Someone has very rightly said, Ã¢â‚¬Å“Nothing can beat talent.Ã¢â‚¬Â The 21 year old coder, Anudeep Nekkanti, from Samalkot, near Vishakhapatnam, proves this saying true. The young lad has been offered an impressive package and additional perks including relocation and travel from Google, Zurich.

What makes AnudeepÃ¢â‚¬â„¢s achievement commendable is that he does not belong to the prestigious world of the IITs or NITs or BITs. He is a B.Tech student in computer science from Anil Neerukonda Institute of Technological Science, Vishakapatna and considers his preparation and performance in programing competitions the reason for his success at cracking the Google interview process.

The 21 year old was ignorant about IIT JEE or AIEEE during his school days. While he initially opted for JEE training in the 11th standard despite having no knowledge about it, this decision soon changed for which the young lad is not grateful. Ã‚Â Anudeep had a rank in seven thousands in his EAMCET which is a State board common entrance test. He didnÃ¢â‚¬â„¢t want to be too away from home but wished to study in a city for which Vishakhapatnam was the best choice. Even the decision to take Computer Science was one that was taken almost at the last minute. Anudeep wanted to pursue Electronics but his sister who had completed her B.Tech in Computer Science suggested the stream to him. According to him, Ã¢â‚¬Å“This stream was just perfect as I wanted to enjoy in engineering! I just decided to take Computer science and it turned out to be one of the best of my life!Ã¢â‚¬Â

On talking to him about his rare feat, Anudeep said, Ã¢â‚¬Å“It always feels great to achieve something rare but the real joy was after knowing how much my parents and well-wishers enjoyed the news. I am excited to see and experience the life of a Googler. Zurich and Swiss chocolates also interest me. Ã¢â‚¬Å“

The recruitment process of Google made Anudeep go through a telephonic interview initially followed by six onsite interviews in Hyderabad and then manager interviews. Moreover, Zurich was not the first location offered to him. It was only when the young lad rejected London, Bangalore and Hyderabad as an onsite location to work, Zurich came his way.

Anudeep did not prepare anything specifically for the Google interviews. He knew that algorithms were his strength and he just got lucky with all his interviews centred on algorithms, data structures and programming. The young achiever believes that it is just interest and efforts that help one succeed in any sport and according to him, competitive programming is one great sport which Anudeep played a lot. Practice was his mantra and many a times he used to try a problem for 2-3 hours. Ã¢â‚¬Å“I looked for solutions on forums in case I didnÃ¢â‚¬â„¢t get it. I also read few tutorials on TopCoderÃ¢â‚¬Â, shared Anudeep, according to whom, knowing how to solve is not enough, but it is the ability to think and code fast which is more important.

He adds, Ã¢â‚¬Å“By August end I solved about a hundred and eightyÃ‚Â 500 pointers. Slowly, I started to think dynamically. Then I was able to solve four out of five problems and now I am quite comfortable with 500 pointers.Ã¢â‚¬Â

He advises, Ã¢â‚¬Å“At some point of time you realize that Ã¢â‚¬ËœThis sport is not correct for meÃ¢â‚¬â„¢. This can be true with programming also, and when this happens, do not hang on to it, and just move on. There are lot more things to do.Ã¢â‚¬Â

Lastly, the Googler adds on his passion, Ã¢â‚¬Å“I got addicted to programming. I enjoy the feel that I get when I see Ã¢â‚¬ËœAcceptedÃ¢â‚¬â„¢. My heart still skips a beat when I submit a solution. This madness has continued for 21 months and I am still in love with programming.Ã¢â‚¬Â

Thanks for rating this! Now tell the world how you feel - Share this on Twitter and on Facebook.
(Nah, it's cool; just take me back.)
MOODTHINGY
How does this post make you feel?
« Why Computer Science Students Are Rocking!
NIT-Silchar Ã¢â‚¬â€œ The top most technological institution in India »