Dear Engineers, Dare to Pass This Test to Prove Yourselves? 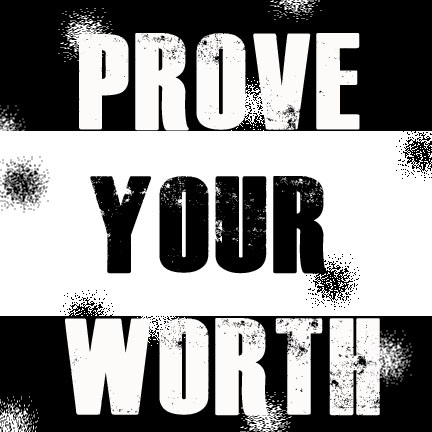 Engineering is what every other parents wants their children to do. Needless to say what importance it holds in India! Engineers are treated with respect everywhere, social gatherings, family functions, friendsÃ¢â‚¬â„¢-meet. Engineering is so trendy these days that everybody wants to be an engineer. But, the word Ã¢â‚¬ËœengineerÃ¢â‚¬â„¢, is greatly stereotyped. If thereÃ¢â‚¬â„¢s somebody in your life who you think is trying to pass as an engineer, ask them to clear this test to discern the truth.

Question: You walk into a room and notice that a picture is hanging crooked. YouÃ¢â‚¬Â¦
Options:Straighten it.
Ignore it.
Buy a CAD system and spend the next six months designing a self- adjusting, solar- powered picture frame, while often stating aloud your belief that the inventor of the nail was a total moron.

The correct answer is Ã¢â‚¬ËœCÃ¢â‚¬â„¢ but partial credit can be given to anybody who writes Ã¢â‚¬ËœIt dependsÃ¢â‚¬â„¢ in the margin of the test, or simply blames the whole stupid thing on Ã¢â‚¬ËœMarketingÃ¢â‚¬â„¢!

In contrast to Ã¢â‚¬ËœnormalÃ¢â‚¬â„¢ people, the engineers have rational objectives for social interactions-

Thus, the engineers have different objectives when it comes to social collaboration!

According to an engineer- flashy, in vogue, striking, sober, different, why people waste so much on various clothing? They all are all just clothes right? Clothes are the lowest priority for an engineer, well, assuming the basic thresholds for temperature and decency have been satisfied. So, if no appendages are freezing or sticking with each other, and if no genitalia or mammary glands are swinging around in plain view, well then the objective of clothing has been met. And as discussed earlier, anything else is a waste.

A normal person employs various indirect and duplicitous methods to create a false impression of appeal. Engineers are incapable of placing appearance above function. Thus dating is never easy for engineers.

But still luckily, engineers have an ace in the hole! They are widely recognized as perfect marriage material- intelligent, employed, dependable, honest and handy around the house! While itÃ¢â‚¬â„¢s true that many normal people would prefer not to date an engineer, but most normal people harbour an intense desire to well, mate with them; thus producing engineer- like children who will have high- paying jobs long before losing their virginity!

Female engineers become irresistible at the age of consent, and remain that way until about thirty minutes after their clinical death. UmmÃ¢â‚¬Â¦ well, longer if itÃ¢â‚¬â„¢s a warm day.

In the matters of technology and human relationships, engineers are always honest. ThatÃ¢â‚¬â„¢s why itÃ¢â‚¬â„¢s a good idea to keep engineers away from romantic interests, customers, and other people who canÃ¢â‚¬â„¢t handle the truth.

Engineers sometimes bend the truth to avoid efforts. They say things that sound like lies, but technically are not because nobody could be expected to believe them! The complete list of engineer lies is as listed below-

Engineers are disreputably economical. This is not because of cheapness or mean spirit, but it is simply because every spending situation is simply a problem in optimization! Like, Ã¢â‚¬Å“How can I escape this situation while retaining the greatest amount of cash?Ã¢â‚¬Â

RISK
Engineers like to play safe always. They try to eliminate risks whenever they can do so. This is comprehensible, given that when an engineer makes one little mistake the media will treat it like itÃ¢â‚¬â„¢s a big deal!

Examples of bad press for engineers-

The risk and reward calculation for engineers looks something like this:

Engineers, being practical people, evaluate this balance of risks and rewards and decide that risk is not a good thing to take. The best way to avoid risk is by advising that any activity is technically impossible for reasons that are far too complicated to explain.

If that approach is not sufficient to halt a project, in that case, the engineer will fall back to a second line of defence: Ã¢â‚¬ËœItÃ¢â‚¬â„¢s technically possible, but it will cost too much.Ã¢â‚¬â„¢

The fastest way to get an engineer to solve a problem, is to declare that the problem is impossible to be solved. No engineer can walk away from an unsolvable problem until itÃ¢â‚¬â„¢s solved. Neither illness nor distraction can be sufficient to get the engineer off the situation. These types of challenges quickly become personal, leading often to a battle between the engineer and the laws of nature.

At times, engineers will go without food and hygiene for days to solve a problem (other times just because they forget to eat or bathe!). And when they succeed in solving the problem, they will experience an ego rush that is better than having sex Ã¢â‚¬â€œ and to specify, IÃ¢â‚¬â„¢m also including the kind of sex where other people are involved!

Thanks for rating this! Now tell the world how you feel - Share this on Twitter and on Facebook.
(Nah, it's cool; just take me back.)
MOODTHINGY
How does this post make you feel?
« Know the Courses and Seats available at IITs and ISM Dhanbad, before itÃ¢â‚¬â„¢s too late!
Unveiling an Average Indian CEO »