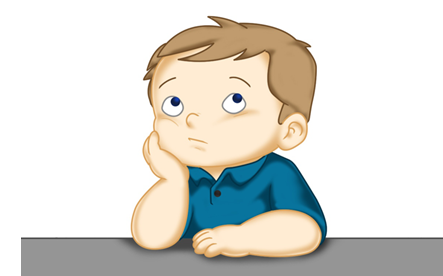 Learning Co-ordinate geometry is not just to clear your present class but also helps your understanding in various ways. Like geometry is applicable in computers or cell phones. The text file or PDF file which we open is itself an example of coordinate plane. In these, the words or images are written or modified with the use of coordinate geometry. Any PDF file, which contains text, images and different shapes, are placed according to the 2-dimentional coordinate (x, y) system. All the concepts like distances, slopes and simple trigonometry are also applicable here. 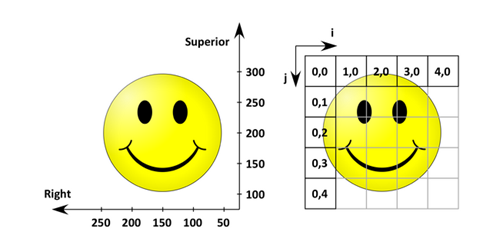 Drawing any figure on paint brush or editing any image in computer is again a field where concepts of coordinate are used. On changing any shape or adding different colours changes the points on the coordinate plane. Scanner and photo copying machine also uses coordinate geometry to produce the exact image of the original image provided to it.

So, here we got to know few applications wheretheconcepts of geometry are used.

Coordinate system can be used to find the position of any object from its original place (called origin) to its present location.Ã‚Â  For example, we can find the distance at which the watch is placed on the television from the opposite corner of the room. Let the horizontal distance of television from the corner is 10 meters and the vertical distance of the watch from the ground is 5 meters. If room is 5 meters wide, then we can easily find the coordinates of the watch and thus can apply the distance formula to calculate its actual distance. 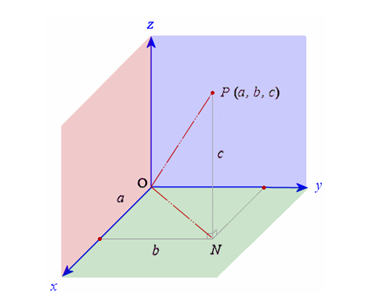 We all have seenthe aero-planes flying in the sky but might have not thought of how they actually reach the correct destination. Actually all these air traffic is managed and regulated by using coordinate geometry. Coordinate geometry is a tool which will answer our following questions:

What is the current location of an aircraft?

How much time is required from one place to another travelling at certain speed? And many others. 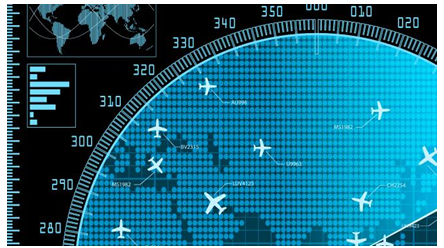 All the air traffic is controlled by air traffic controller. A Controller must know the location of every aircraft at any particular instant of time in the sky. Coordinates of any particular vehicle are used to describe its current location of the aircraft. Even if an aircraft moves a small distance (up, down, forward or backward), its coordinates are updated in the system.

Now imagine what if coordinate system doesnÃ¢â‚¬â„¢t exist. Pilots, aircraft controller, passengers in the flight, persons waiting for the flight all will not be able to get the location or position of aircraft. These will also definitely increase the chances of aircraft crashes.So from here we can easily say that coordinate system is one of the most important parts of air transport. 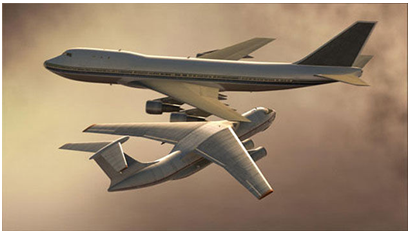 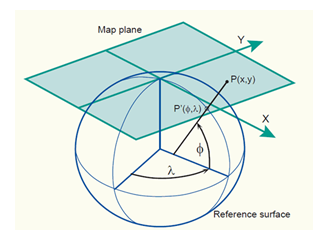 Both two-dimensional (2D) and three-dimensional (3D) cartesian coordinate systems are helpful in describing shape of features and the geographic location using x- and y-values.Horizontal (x) and vertical (y) are the two axes used in any 2D Cartesian coordinate system. Here horizontal axes represent east-west, and vertical axes represent north-south directions. Here the point of intersection is the origin. All the locations of geographical objects are described relative to the origin only. Any point in Cartesian coordinate is denoted by (x, y), where x refers to the distance along the horizontal axis and y refers to the distance along the vertical axis. The origin is defined as (0,0). 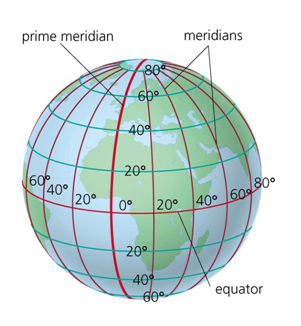 In real life, when weather forecasters are tracking hurricanes, they note the absolute location on a periodic basis to see the path of the storm and try to predict the future path based partially on these findings. 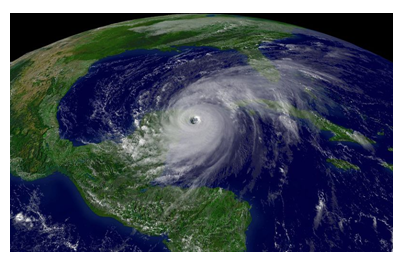 Apart from all these, I am sure, most of you have used GPS in your smart phones. The Global Positioning System (GPS) is a space based satellite navigation system that provides location and time information in all weather conditions. 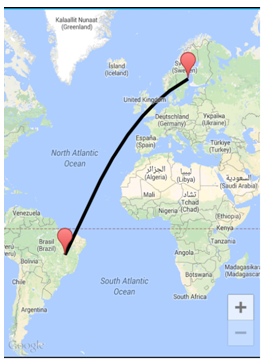 In a GPS, the longitude and the latitude of a place are its coordinates. The distance formula is used to find the distance between 2 places in a GPS.

I hope, after reading this article, you got to learn something new and interesting real life applications of coordinate geometry which we learn in junior and senior classes.

I am Vijay Mukati, Mathematics Expert at askIITians. I did my post-graduation from IIT Patna. For more about me you can visit the following link

Online Study Packages Prepared by me:

Best of Luck to you all. Study well and always try to relate the concepts you read with the real life examples. Definitely for this you need to think!! For any queries please do ask us or you can post any question on our free forum.

Thanks for rating this! Now tell the world how you feel - Share this on Twitter and on Facebook.
(Nah, it's cool; just take me back.)
MOODTHINGY
How does this post make you feel?
« Common Mistakes in Exams “Galtiyaaa bhi kabhi achhiii hoti hai…” :)
Mole Ã¢â‚¬â€œ Ek anmol Concept »