AIPMT is back but with a twist 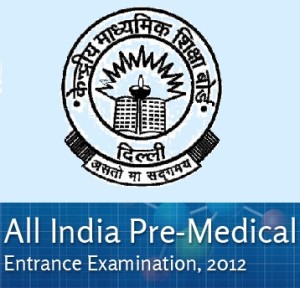 The restitution of the older All-India Pre-Medical Test (AIPMT) in 2014 is like a fresh start for those eyeing the national level entrance test. Scheduled on May 4, 2014, AIPMT will be conducted by the Central Board of Secondary Education (CBSE). Though National Eligibility-cum-Entrance Test (NEET) had taken over AIPMT last year, but the Supreme Court trashed it but at the same time affirmed that those admitted through NEET 2013 wonÃ¢â‚¬â„¢t have to suffer.

Scholars bracing themselves for common medical entrance tests need not panic as the AIPMT2014 unlike its original version will in fact be parallel to NEET.

Basically a pen paper test, the curriculum of AIPMT 2014 will be lateral to NEET(UG) 2013. Running on the same format, the paper will carry a total of 180 multiple-choice questions divided into four sections physics, chemistry, botany and zoology, each carrying 45 questions. The examinees shall be required to complete the paper within the span of three hours in a single exam.

NEET and AIPMT are almost the same except the fact that AIPMT will be conducted for filling up the 15% national quota. But this shall be applicable only in case of government medical or dental colleges. The only exceptions to this are Andhra Pradesh and Kashmir which are not included in the 15% all India quota. The exams in these states shall be conducted independently by the state directorate of medical education and research.

The state governments and the private entities shall have the liberty to conduct their own entrances and AIPMT shall not replace the state level tests. Considering the success of NEET, AIPMT will also be conducted on the same lines as a single paper unlike the AIPMT in 2012 which was a two tier test.

Thanks for rating this! Now tell the world how you feel - Share this on Twitter and on Facebook.
(Nah, it's cool; just take me back.)
MOODTHINGY
How does this post make you feel?
« The Best Student Award Goes to Nashik Boy
CBSE and Andhra Boards constitute around 73 percent of the successful candidates in IIT-JEE »