88% cracked IIT-JEE (Advanced) in their first attempt this year 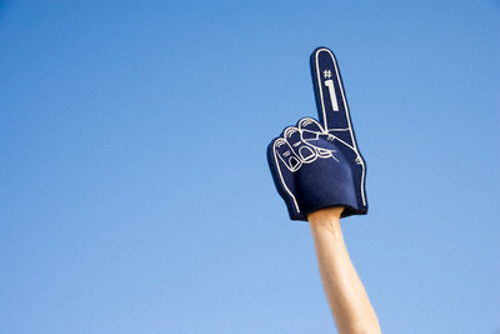 New Delhi: IIT-JEE (Advanced) results 2014 have sprung a pleasant surprise for IIT entrance exam aspirants. As many as 88% candidates picked up by Indian Institutes of Technology (IITs) this year managed to crack IIT-JEE entrance exam in their first IIT-JEE attempt.
Data analysis of IIT-JEE 2014 qualifiers reveals:

In 2005, only 28.49% students had managed to crack the IIT JEE exam in their first attempt while 43.5% first-time exam takers get past the entrance exam in 2006. Till 2007, about 10% JEE aspirants were the ones who were appearing for the exam for the third time or more.

In 2013, 69.6% first-time applicants had successfully cracked IIT-JEE while 27.2% who had qualified the engineering exam took two attempts to get past it. This year, the gap has widened even more as only 12% candidates who took second attempt to crack JEE Advanced could break the wall.

Now, IIT JEE allows only two attempts to a candidate to crack the exam. Experts believe that while restricting the number of attempts to crack IIT-JEE might heighten pressure on students, it has also meant that students who appear for the exam prepare for it better. Quality of students entering into the IITs has improved too.

An IIT-Madras Dean shares, Ã¢â‚¬Å“Most of the students in the IITs right now are from upper-class and middle-class families residing in cities who could afford hefty tuition fee of IIT JEE coaching centres.Ã¢â‚¬Â He seems to be right as 20,636 IIT-JEE qualifiers come from urban areas this year, 3, 862 from towns while 2,654 are from villages.

Economic divide on IIT campus is quite contrasting too. Three years ago, IITs had revealed that 9.3% candidate who had qualified the exam had an annual family income of over Rs 10 lakh. This year, 13.2% successful candidates have a family income of over Rs 8 lakh. While high-income families registered an impressive increase of about 4%, number of IIT-JEE candidates from low-income families registered a steep incline of about 17% in three years Ã¢â‚¬â€œ from 1.5% to 18.6% this year.

Increase in higher income bracket could be due to the increase in the pay of government employees due to the Sixth Pay Commission.

Parents of most of the students who have made it to IITs this year are in government service. Many others come from a business background.

For preparation tips for IIT JEE next year, contact us at blog@askiitians.com.

Thanks for rating this! Now tell the world how you feel - Share this on Twitter and on Facebook.
(Nah, it's cool; just take me back.)
MOODTHINGY
How does this post make you feel?
« How Chemistry Helps You In Your break-Up!
What Happens When You Share Shayari Infront of An IITian »