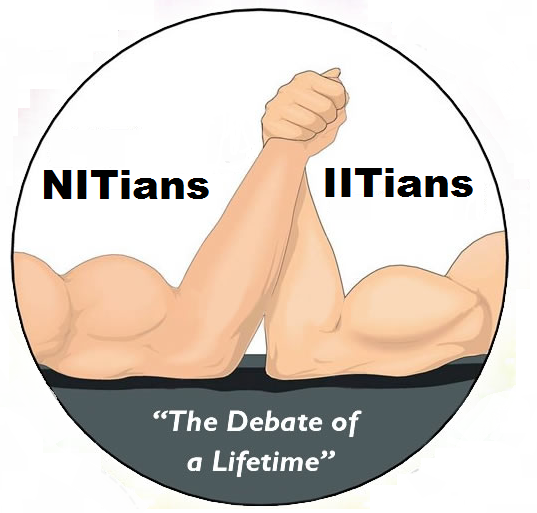 The vision of Jawaharlal Nehru to develop India as a leader in science and technology led to the foundation of first 14 RECs between 1959 and 1965, which later in 2003 became NITs. However, considering the fact that the history of IITs dates back to IndiaÃ¢â‚¬â„¢s pre-independence era, the foundation of 14 major RECs or NITs raises many questions.

All IITs founded before NITs were failing to deal with the high demand for technical and scientific education owing to the success of technology based industries. And the government wasnÃ¢â‚¬â„¢t in a financially strong situation then to create more globally respected IITs to meet its ever growing demand for science and technical education in India. Hence, the government started RECs at Bhopal, Allahabad, Kozhikode, Durgapur, Kurukshetra, Jamshedpur, Jaipur, Nagpur, Rourkela, Srinagar, Surathkal, Surat, Tiruchirappalli, and Warangal. One more REC was founded in 1967 in Silchar while two others were founded in Hamirpur in 1986 and Jalandhar in 1987.

Under the leadership of Murli Manohar Joshi in 2003, all RECs were upgraded to National Institutes of Technology (NITs).

Hence to study in the right engineering institution, one needs to evaluate various factors of the institutions carefully and view comparisons from two different perspectives of other students.

Unlike existing comparisons, which are mostly biased or unreal, we have tried to view these comparisons from the perspectives of students from IITs and NITs.

LetÃ¢â‚¬â„¢s take you through this study carried out by us in detail.

Companies founded by the students of IITs and NITs

Students founding companies in India and abroad are considered an ideal benchmark by their institutions to prove their dominance in the education sector. As a matter of fact, this is also closely reviewed by students before they apply for admission.

That explains how the number of graduates from IITs and NITs, those who have founded companies, can be taken as an ideal yardstick to figure out the better between the two.

A research firm in the United States was in sheer surprise when in a study conducted by it in December, 2013, revealed that IITians are among the leading founders of major startups in the US. Owing to this phenomenal success in the United States, IITs are the only non-US university featuring in the list prepared by PE/VC database firm PitchBook, led by Stanford and University of California, Berkeley.

Ã¢â‚¬Å“Perhaps the most interesting, and rather unexpected, entry on the list comes in at No. 10 – the Indian Institutes of Technology. India’s entry in the top 10 was definitely a surprise, but with that country’s boom in the IT industry over the last couple of decades, it stands to reason that Indian schools are producing innovative thinkers to fuel that country’s – and the world’s – rapidly growing and increasingly technology-reliant economy,Ã¢â‚¬Â PitchBook said.

IITs have produced founders of many prestigious startups in India and abroad. LetÃ¢â‚¬â„¢s go through the table given below to know the founders of such startups from IITs.

Students from NITs are not far behind students of IITs in setting up startups and making India proud on a global platform.

LetÃ¢â‚¬â„¢s go through the table given below to know founders of startup in India and abroad from NITs: 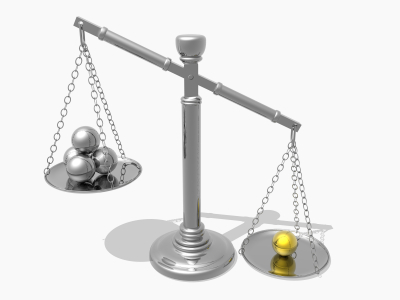 Both IITs and NITs have contributed immensely to IndiaÃ¢â‚¬â„¢s phenomenal growth in science and technology. There is not really much difference in the number of notable positions held by students of both the prestigious institutions in various sectors.

Notable positions held by IITians in business/public/academic sectors have been mentioned in the table given below:

Notable positions held by students of NITs in business/public/academic sectors have been mentioned in the table given below:

Average Pay Package offered to Students of IITs and NITs

All companies across the world review various factors before determining average pay packages for students of IITs and NITs. Possibility of stretching this topic unnecessarily is high if we focus entirely on these factors. So to avoid confusion, we will review average pay packages in last 5 years offered to students of B.Tech at top IITs and NITs.

However, you must not forget that there is a lot of variance among these packages due to various factors. Salaries go up and down as per the ability of candidates and their academic performances.

Highest Pay Packages Offered to Students of IITs and NITs

The worldÃ¢â‚¬â„¢s attention turns to IITs and NITs every year with the news of fat pay packages offered to their students. But if we talk about who beats another when it comes to bagging the highest pay packages, then thereÃ¢â‚¬â„¢s a lot of disparity to witness here.

There are 12 IITians from IIT-Kanpur who have very recently bagged a fat pay package of Rs. 1 crore each. On the other hand, there is one incredible student from NIT who has bagged the highest pay packages ever in the history of Motilal Nehru National Institute of Technology (MNNIT) from Facebook of Rs. 1.34 crore.

But again, as in case of average pay packages offered to students of IITs and NITs, highest pay packages too depend entirely on candidatesÃ¢â‚¬â„¢ abilities, academic performances, and other important factors.

Being two prime technology institutes of India, educational and college environment of the two donÃ¢â‚¬â„¢t really differ too much from each other. But, still, on various extra-academic factors, IITs are likely to score better than NITs.

The popularity of IITs among its engineering aspirants is highly driven by its educational and college environment. The ambience of IITs campus is both inspiring and vibrating with perfectly planned and aligned layout for the whole campus, libraries, and hostels.

NITsÃ¢â‚¬â„¢ infrastructure is good too if not the best. Obviously, it doesnÃ¢â‚¬â„¢t have infrastructure like MIT (USA) but whatever it has is impressive. With sophisticated libraries, hospitable classrooms, and beautiful hostels, NITs are definitely second to IITs in terms of infrastructure. They also have great computing facilities.

The courses and electives offered by NITs are highly impressive. Although chances of studying any subject of choice are rare in NITs, critics believe that the institution offers the best academic curriculum in engineering after IITs.

Fee Structure of IITs and NITs

Although both the engineering institutions are controlled by the fundamental bodies of the government of India, their fee structures are relatively different from each other. Fee structure of all IITs is higher than that of all NITs. LetÃ¢â‚¬â„¢s take a view of fee structures of IITs and NITs across India in general category.

Students must also note that the fee structure in all IITs is not the same. There are some NITs with fees lower than Rs. 30,000 per year.

If report of standing committee on Human Resource Development is anything to go by then IITs, including those established recently, are undergoing a terrible shortage of faculty including.

Owing to this serious concern, most IITs have already started aggressive communication campaigns across the country to reach out to post docs and graduate students of top universities worldwide. IITs are also organizing meetings in various universities around the world.

NITs have also been facing shortage of quality faculty for a while now. And to address this problem as quickly as possible, a meeting was held at the NIT Council chaired by HRDM minister Kapil Sibal. 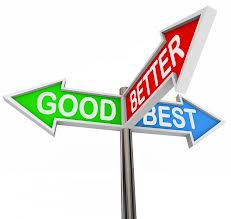 The discussion above is not only unbiased, but also highlights some major points that many engineering aspirants fail to consider while choosing an institution of their choice. The entire discussion revolves around giving students a reliable solution to help make them the most important decision of their academic careers. It will help all engineering aspirants compare the pros and cons of these two prime engineering institutions themselves and make decision accordingly.

Going through biased studies that are mostly available today can prove really frightening for students in their respective academic careers. Ã‚Â Modern generation now needs an unbiased platform from where it can view facts and take decision accordingly.

The discussion above is one such endeavor by us to help you gain better understanding of existing environment in IITs and NITs.

You are most welcome to share your views, opinions, and even disagreement with the article.
This post was published by Aditya Singhal, co-founder of askIITians.

The UndisputedÃ¢â‚¬â€To Find the Real Truth behind IITs and BITS Disputed Dominance (BITS-Pilani Vs IIT)
To help us bring you breaking news and Informative Articles please subscribe to our blog!

Thanks for rating this! Now tell the world how you feel - Share this on Twitter and on Facebook.
(Nah, it's cool; just take me back.)
MOODTHINGY
How does this post make you feel?
« Suicide Strikes Again in IIT-Roorkee after 2 YearsÃ¢â‚¬â€Death Toll Rises to 4 in IITs since December
The Dark Disgraced Alleys of IITs »