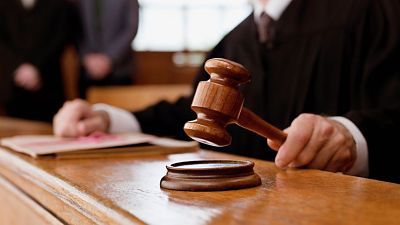 The answer key of the JEE-Main 2014 question paper received flak from the candidates just after it was uploaded online by the CBSE on Monday evening. Students are highly disappointed with the insufficient timeline to review the answer key for the JEE-Mains 2014 while the board members refuted the claims made by the candidates saying the facility was made available for students as an additional feature.

The answer key was uploaded online by CBSE around 8 pm instead of 2 pm, the time it was actually supposed to be uploaded on the website. Following this, the candidates received 6 hours less to review the answer key. Over 1,106 candidates have challenged the key.

“We do not know if the board will accept these challenges. Even if they do, there is hardly any time left for them to consider them,” an engineering aspirant from Andheri was quoted as saying.
The JEE-Main result 2014 is expected to be announced on Saturday.
“It is unfair to students. The board has been informed about the errors in some questions. They should either nullify these or give grace marks to all students. There was ambiguity in the questions and the board delayed the process to cover up for the errors.” Praveen Tyagi from IITians’ Pace said.

“It was an additional facility that we offered for the first time. We have received representations from many people. Our subject experts have gone through the claims and they have not found the questions erroneous,” Vineet Joshi, CBSE chairman, claimed.
“There will not be any delay in the announcement of the results on Saturday. We have to submit the results to the IITs since they wanted to start their process a bit early,” he added.
Joshi confirmed that the answer key will be modified if all the claims by the candidates are proven right.

Thanks for rating this! Now tell the world how you feel - Share this on Twitter and on Facebook.
(Nah, it's cool; just take me back.)
MOODTHINGY
How does this post make you feel?
« Indian states producing the highest IITians!
The Top 5 Bitter Truths in Life of an IITian after Graduation »