Why Our IITs Produce More Entrepreneurs Than Glorified U.S. Universities? 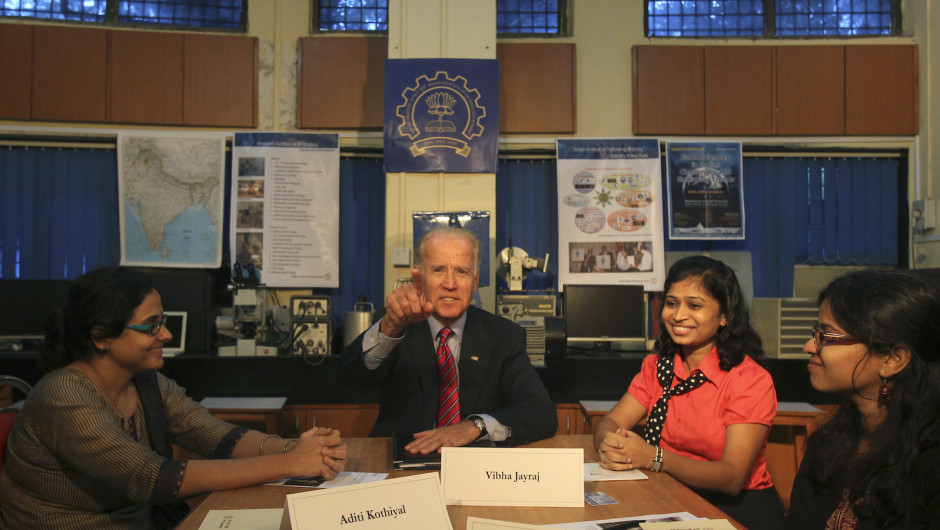 We hear stories of Ivy League institutions such as Cornell, Princeton, Yale, and so on, every now and then, from the aspiring students and their name and ways never fail to inspire us! What if I ask you to choose between them and our own IITs, which would you? Ah, wait here for a second. Do you know that IITs are among the worldÃ¢â‚¬â„¢s most entrepreneurial undergraduate universities, and ahead of the ones mentioned above? Well, now you know why it is such a battle earning a seat in the most prestigious colleges of our country!

A study was compiled by Pitch Book Data, which is a US-based private equity and venture capital (VC) research firm. This study took into account funding data between 2009 to July 2014, and scrutinized through educational backgrounds of over 13,000 founders globally. So according to them, IITs rank fourth (ahead of Harvard Ã¢â‚¬â€œ which is 5th) in a new ranking of the top 50 universities that have produced venture capital (VC) backed founders.

But what about the other rankings then? In the Times Higher Education World University Rankings 2013-2014, which takes into account teaching, knowledge transfer, research, and international outlookÃ¢â‚¬â€ IIT-Delhi, IIT-Kanpur, IIT-Kharagpur and IIT-Roorkee all lie between 351 to 400. And evidently enough, as compared to their peers in Europe,US, and even China, our Indian universities and colleges have never impressed academically.

But these criteria didnÃ¢â‚¬â„¢t interest the PitchBook ranking methodology. What they based their finding on was the total number of founders (the primary ranking criteria), followed by number of start-ups and total capital raised. So as a result in the PitchBook study, our IITs had a total of 264 entrepreneurs, who have founded 205 companies and thus cumulatively raised a whopping sum of $3.15billion (no.3)!

As per the Pitch Book Study Ã¢â‚¬â€œ

Others colleges in the Top 10 include the usual guesses, like the University of California, MIT, Berkeley, Harvard University, University of Pennsylvania, Cornell etc. The only other non-US college is Tel Aviv University, which comes in at number 9!

Now, you may think that well, IITs are good but they have literally outshone the gems of the world. How? Ah, the reason is- the report views all 16 IITs as one university! Sangeet Paul Choudary, an alumnus of IIT-Kanpur and IIM-Bangalore, and director of Singapore- based Platform Thinking Labs (a senior executive advisory firm), said, Ã¢â‚¬Å“The study does not exactly compare apples to apples by clubbing all IITs together, thus helping them rank higher purely by virtue of the fact that they collectively cast a wider net than any other university mentioned.Ã¢â‚¬Â

Disappointed? DonÃ¢â‚¬â„¢t be! The matter of size doesnÃ¢â‚¬â„¢t Ã‚Â take anything away from the fact that the IITians are a potent force in the world of entrepreneurship. Choudary added, Ã¢â‚¬Å“Less than 2 % of the applicants get selected, and less than 0.1 % make it to a top rated branch like computer science or electrical engineering and that is where most of tech-related entrepreneurship and VC activity takes place.Ã¢â‚¬Â

Last year, in the survey, only companies that were founded in the US were taken into account, and that time IITs came in at number 10. They have jumped 6 places this year as companies founded in India are also taken into account. Such start-ups include e-commerce superstars such as Snapdeal and Ã‚Â Flipkart, reflecting the fact that Indian start-ups now have the maturity to attract large amounts of capital.

The reasons IIT undergrads are so successful in securing institutional investment are not hard to measure. They have one of the toughest entrances in the world and possess a close alumni-network. The top-tech talent amongst the pool has been immigrating to the US for over 3 decades, so they have a globally recognised brand name and their students are entrepreneurial and risk-takers.

The difficulty of the JEE, which replaced the IIT-JEE in 2013, further ensured that only the cream gets in. Well, that means that only the brightest of the 1.4 million who took the test in 2014 snagged the 10,000-odd seats available.

Ashish Gupta, MD of Helion Advisors, an India-based VC firm, said,Ã¢â‚¬Å“JEE picks some of the best who are willing to work hard on one specific problemÃ¢â‚¬â€JEE itselfÃ¢â‚¬â€for many years now. Also, the folks from IIT frequently come from middle class families and are keen to succeed.Ã¢â‚¬Â

33.2% of all companies founded by immigrants in the US had an Indian co-founder, as per to a study by Kauffman Foundation. This is because of the Indians founding more technology and engineering firms than the next 9 immigrant groups combined.

IITian founders include the likes of Vinod Khosla of Sun Microsystems, Bharat Desai of Syntel and Gururaj Deshpande of Sycamore Networks. Some have become VC investors themselves, like Khosla of SKS Microfinance and Square and MayfieldÃ¢â‚¬â„¢s Naveen Chadha (Makemytrip,Akamai, and Persistent Systems).

The lead research analyst for PitchBook, Andy White, says one reason India has become a hot-bed of entrepreneurship is international companies moving jobs to India. He said, Ã¢â‚¬Å“Large corporations such as Microsoft and Google hire a larger number of employees from here. After building a resume at one of these major companies, the employees are connected enough to make a foray into the world of start-ups.Ã¢â‚¬Â

Sharad Sharma, the co-founder of iSPIRT, believes that the strong IIT alumni network is key. He said, Ã¢â‚¬Å“This helps the entrepreneur be better prepared for VC fund raising. And I think better preparation makes a big difference.Ã¢â‚¬Â

Thanks for rating this! Now tell the world how you feel - Share this on Twitter and on Facebook.
(Nah, it's cool; just take me back.)
MOODTHINGY
How does this post make you feel?
« Why A IIT-B CSE Student is Still Unemployed!
The Back BencherÃ¢â‚¬â„¢s Tip to learn the Trigonometric Identities »