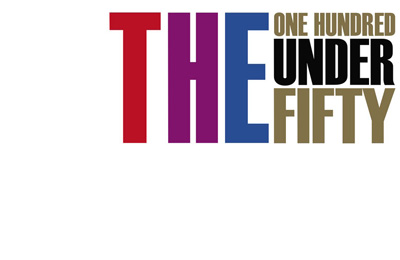 Taking the legacy of IITs to an entirely different level this time is the hallowed IIT-Guwahati campus. IIT-Guwahati has made the country proud by featuring on the list of the worldÃ¢â‚¬â„¢s top 100 university rankings. According to reports, IIT-Guwahati is the only Indian Educational Institution to have appeared in the 2014 league table of Ã¢â‚¬Ëœ100 Under 50′ institutions released by the ‘Times Higher Education’ (THE) magazine in London on Wednesday.

IIT-Guwahati was ranked 87th on the list. The rank was shared with Portugal’s New University of Lisbon and Australia’s University of Western Sydney. South KoreaÃ¢â‚¬â„¢s Pohang University of Science and Technology topped the list for the third consecutive year.

“There has been a great deal of soul-searching in India over the fact that none of its universities make the World University Rankings’ top 200 a serious concern given the country’s great intellectual history and growing social and economic influence,” Phil Baty, rankings editor at THE magazine, was quoted as saying.
“But this new analysis, which examines the next generation of global university stars, should be encouraging. Of the ‘BRICS’ nations, Russia, mainland China and South Africa do not make the grade, so it is cause for optimism that the Indian Institute of Technology Guwahati breaks into the top 100,” he added.

The ‘100 Under 50, 2014’ considers its 13 special performance indicators along with a re-calibrated methodology to effectively capture the characteristics of young institutions.

“It looks to the future by examining a new breed of global universities those that have managed to join the world elite in a matter of decades rather than centuries, and those with the potential to become the next generation’s Harvard or Oxford,” THE said.

Asia made an impressive showing in the rankings. Taiwan has four representatives led by Sun Yat-Sen Universit at the 40th position. Ecole Polytechnique Federale de Lausanne is at 2nd position while South Korean institute Korea Advanced Institute of Science and Technology is at number 3.

East Asia’s dominance on the list increased this year with Hong Kong University of Science and Technology in fourth place and Singapore’s Nanyang Technological University in fifth place.
University of CaliforniaÃ¢â‚¬â€Irvine from the United States was ranked 7th.

“The Times Higher Education ‘100 Under 50’ shows clearly that exciting new powers are emerging in the global academy and the old guard cannot afford to rest on their laurels. The data also proves that nations can in a matter of years, with the right support and vision, create world-class universities to compete with traditional institutions that have had many centuries to develop. The ancient seats of learning are vulnerable to new competitors as never before: the race for future dominance in higher education and research is wide open,” Baty said.
This post was published by Aditya Singhal, co-founder of askIITians.

Thanks for rating this! Now tell the world how you feel - Share this on Twitter and on Facebook.
(Nah, it's cool; just take me back.)
MOODTHINGY
How does this post make you feel?
« ALL The Best To ALL AIPMT 2014 Candidates!
The Air of Ambiguity-IIT Professors Criticize the Current Admission Process in IITs »