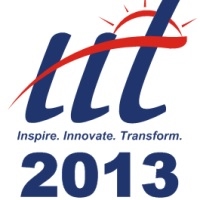 New Delhi: IIT Alumni at Houston is playing the host to the IIT 2013 Global Conference. The global conference will take place in Houston, Texas, U.S. Ã¢â‚¬â€œ known as the Energy Capital of the World Ã¢â‚¬â€œ for the first time. Open to all, it will bring together more than 1500 techies, engineers and scientists Ã¢â‚¬â€œ of which more than 30% will be non-IITians.

The theme of the conference is quite ambitious Ã¢â‚¬â€œ How do we build a better world for current and future generations? The aim is to identify and develop innovative solutions to this challenge.

More than 70 eminent local, national and international speakers will participate in the event, including:

Ã¢â‚¬Â¢ Amartya Sen, who is a Nobel Laureate and also a Professor at Harvard University

Ã¢â‚¬Â¢ Anant Agarwal, who is the President of edX

Ã¢â‚¬Â¢ Andrew Gould, who is the Chairman of BG Group

Ã¢â‚¬Â¢ Andrew Ng, who is the co-founder of Coursera and also a Professor of Computer Science at the Stanford University

Ã¢â‚¬Â¢ Blake Irving, who is the CEO of GoDaddy.com

Ã¢â‚¬Â¢ Gene Krantz, who was the Director of the celebrated Apollo 13 Mission at NASA

Ã¢â‚¬Â¢ Renu Khator, who is President and Chancellor of the University of Houston

Ã¢â‚¬Â¢ Vicente Fox, who is a former President of Mexico

Volunteers have been working for more than 15 months on all the aspects of the conference Ã¢â‚¬â€œ such as its outreach, sponsorship, exhibits, program, business plan competition and marketing.

The conference will be inaugurated by Mayor Annise Parker and P. Harish, the Consul General of India.

The lead entertainer of the event will be the evergreen singer Ã¢â‚¬â€œ Usha Uthup.

Miss America 2014 Nina Davuluri, the first winner of Indian descent in the American event, will grace the closing ceremony.
This post was written by Aditya Singhal, co-founder of askIITians.

Thanks for rating this! Now tell the world how you feel - Share this on Twitter and on Facebook.
(Nah, it's cool; just take me back.)
MOODTHINGY
How does this post make you feel?
« Education for young kids goes to next level with Play-i
Improve your Mathematics scores in the JEE Main and Advanced with the help of these notable books! »