Good news for IIT aspirants who have not done well in JEE! 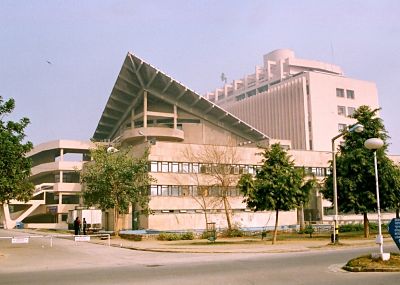 IITs are every engineering aspirantÃ¢â‚¬â„¢s dream. But many hopes die and many dreams shatter with the results of JEE exams every year. It is only a lucky handful which make it up to these prestigious institutes. Year on year students wish for more seats in the IITs so that their chance becomes higher, but what actually increases is just competition!

Now finally it seems like a good news is on its way for the IIT aspirants. According to some student sources IIT Delhi is going to launch some short term courses for the benefit of students who could not clear the JEE exams but yet would like to be a part of the IITs. There are supposed to be 9 short term courses for the same and these would be made available for students who have secured more than 75% in their class 12th board examinations. Sources from the admission committee have said that the admission procedure to these courses would also be based on an entrance test, but this test would be different from the Joint Entrance Exam. There would also be an interview following the entrance test.

A source quoted, “The entrance for the short-term courses will be easier than JEE exams and the pattern will also be very different. Students who have scored above 75 percent in board exams can sit for the entrance. The admission will be done based on the entrance and an interview. The interview will hold 25 percent marks.” The duration of these short term courses will be of 6 months each. These are supposed to begin soon from the academic year 2014-2015. As per the student sources, the commencement of these courses have been associated only with IIT Delhi, and no other IITs.

These short term courses will be called engineering courses only and will be offered in streams like Electrical, Mechanical, Civil, Chemical and Textile engineering. These short term courses would be named as foundation Courses and effectively serve as a base for B. Tech studies. After successful completion of these courses, the students will be awarded with certificates from the institution.

It is being said that there will be 60 seats each for all of the 9 courses. But the details of the course, course structure, syllabus and course fee etc. is yet to be decided.
Though this news comes from reliable sources but the IIT administration has not made anything in this regard official. So right now all we can do is to wait and watch and hope for the best!

Thanks for rating this! Now tell the world how you feel - Share this on Twitter and on Facebook.
(Nah, it's cool; just take me back.)
MOODTHINGY
How does this post make you feel?
« Life without IIT: Confession of a Phone App Developer!
NCERT Textbook Corrections to Be Considered by AIPMT »