Here is the game of asexual reproduction…

Life is persisting on earth because of a mystic phenomenon which is Reproduction. Ã‚Â In living organisms it occurs by two ways viz. asexual (one parents) & sexual reproduction (two parents).

Here I am going to tell you how reproduction occurs when there are only one parent. Yes we are going to learn about asexual reproduction.

As there is only one parent involved, so the new born organisms has exactly same character as that of its parent (clone). Normally amitotic or mitotic type of cell division occurs. Rate of reproduction is high in this type of reproduction. 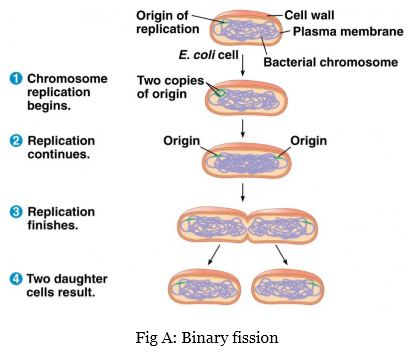 You know asexual reproduction occur & both plant & animals. And yes! No fertilization occurs in here. 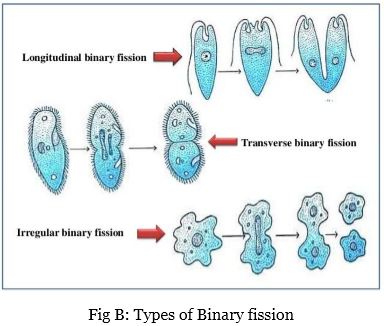 Binary fission can be observed in bacteria, yeast & euglena. Ã‚Â Binary fission is of three types viz. longitudinal, transverse & irregular fission. Again the picture (Fig B) can itself explain you 🙂

Later on, each nucleus is surrounded by small amount of cytoplasm. When the cyst burst in favorable condition, all cells are released.

This type of fission has been observed in amoeba, plasmodium etc.

2. Budding Ã¢â‚¬â€œ Bulb like projection appears from the body of any organism that is reproducing by budding. This bud divides and later on separates from the parent body and forms the new organisms. Budding mainly occur in yeast, hydra, sponges etc.

3. Fragmentation and regeneration Ã¢â‚¬â€œ An organism breaks into many parts and then each part forms a new organism. Regeneration is way of healing any particular part of body by cell division. Ã‚Â Fragmentation occurs in many organisms like sea star, fungi, plants, worms and annelids etc. 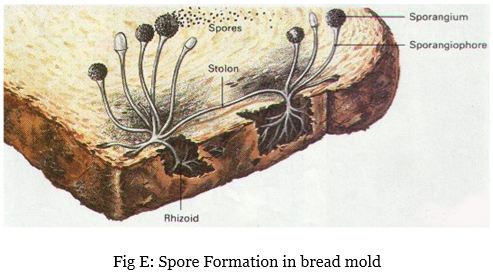 4. Sporulation (Fig E) Ã¢â‚¬â€œ I hope you are enjoying reading this ;). Well! Spores are gametic bodies here. They help in formation of new organisms. Reproduction occurs in them by spreading of spores which are formed in sporangia. In favorable condition, this sporangia burst and all spores are spread in air. Later on each spore is converted into new organism. This type of reproduction occurs in many organisms like fungi (mucor & rhizopus) etc.

You know spores are of two types viz. zoospores & aplanospores.

5. Vegetative Propagation Ã¢â‚¬â€œ ItÃ¢â‚¬â„¢s a special type of reproduction in plants. It occurs by natural and artificial method.

In natural way, any of the part of plant is taken which is other than the sexual part of plant (flower) & it helps in new plant formation.

Artificial method includes cutting, layering & grafting. Ã‚Â I think even this picture can explain the whole story in better way 🙂 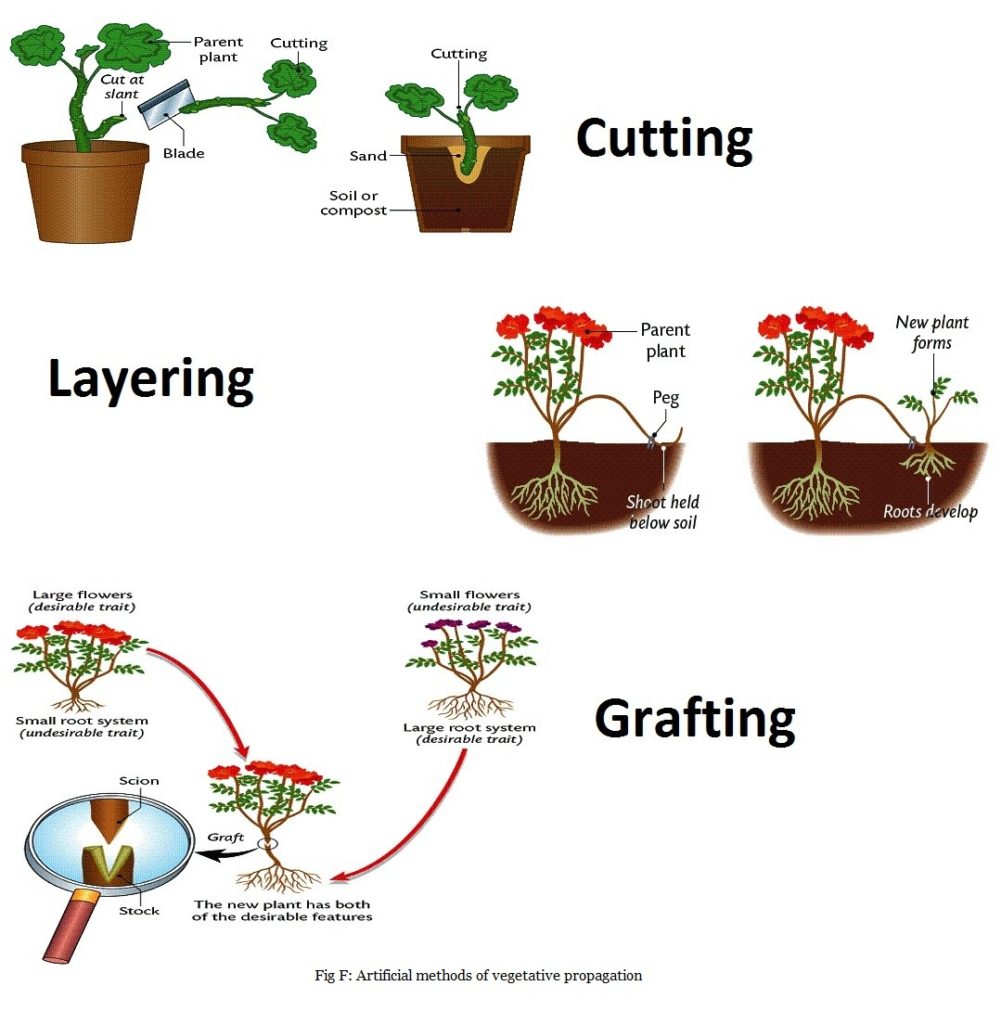 Well Guys! Your doubts and queries are always welcomed if you find any issue or doubt. You can post it over here.

If you want to learn more about reproduction you can jump into this link.

And I am Anjali Ahuja (Biology mentor) signing off for now.

Ohh I forgot to mentionÃ¢â‚¬Â¦.we (me + askIITians) have made informative and fascinating study material for you guys. Jump in here and take a dive and here also.