Why on Earth Companies Pay IITians Jaw-Dropping Pay Packages Even During Economic Slowdown? 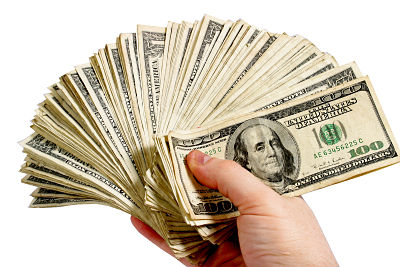 Why on Earth Companies Pay IITians Jaw-Dropping Pay Packages Even During Economic Slowdown?

So, guys, are we seriously living in an age of economic slowdown?

We are here talking about the same economic slowdown that not too long ago had made people wait for their turns in long serpentine queues to throw themselves out on Wall Street.

Well, at least, thatâ€™s not what salary packages offered to IITians by Industry giants suggest. For example, a few months back 3 students from IIT-Madras bagged annual salary packages of whopping Rs 92 lakh each, by none other than Internet giant Google.

So those who feel cheated by whims of alligators at Wall Street after this revelation should hold themselves for a while because economic slowdown is still a bitter truth despite jaw-dropping pay packages received by IITians.

But how can any company afford such huge packages if economic slowdown is a reality?

There are two easy ways to get to this answer. Letâ€™s begin with companies or, say, industries, which have truly faced economic slowdown. Thereâ€™s no doubt that media and IT-Electronics industries have hardly undergone recession all this while since the horrors of economic slowdown has been haunting our very lives.

In fact, these industries have seen tremendous growth lately and, thus, are always in search of highly talented candidates to fill in. So they just tend to hire them for almost anything under the sky.

Now, moving on to another aspect, we have huge pay packages offered to IITians. As a matter of fact, the rupee conversion of the pay packages offered to IITians in the US is highly appalling. For example, living expense in Palo Alto for any Indian is about Rs. 75,000 monthly while daily eating expense is around anywhere from Rs. 800 to Rs 1000. Apart from this, a normal pay package to an employee in any IT firm in the US is $ 100 K.

Media intentionally blows up all this about huge salary packages offered to IITians.

Thanks for rating this! Now tell the world how you feel - Share this on Twitter and on Facebook.
(Nah, it's cool; just take me back.)
MOODTHINGY
How does this post make you feel?
« BITS Sets Off To Start Its 3 Day Global Meet, BITSAA, in Hyderabad
Reliance Jio Infocomm Marks a Breakthrough by testing 4G network during Techfest at IIT Mumbai »