JEE MAIN/NEET 2019 : The HRD ministry released the schedule, in which it was announced that NEET would be held in a single sitting on May 5, 2019, and will be conducted in the pen-and-paper mode only. 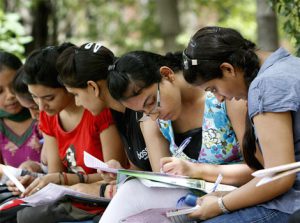 The National Testing Agency(NTA), countryâ€™s premier organization for conducting entrance exams for Indiaâ€™s top Engineering and Medical colleges, announced the Â final dates for JEE MAIN, NEET(UG), UGC(NET), CMAT andÂ GPAT. The JEE MAIN will beÂ conducted twice, first in January and then in April. A significant adjustment has been made to the NEET exam, in that, the HRD ministry has scrapped itâ€™s plan to conduct NEET twice a year and in online mode, following recommendations from the Health Ministry. The NEET scheduled for May 5, 2019 will be held in one sitting and will be conducted in the pen-and-paper mode only.

“The change in the NEET exam pattern as against the statement earlier, which will now be a single exam in pen-and-paper mode and in the same number of languages as has been conducted last year, is on the request of the Ministry of Health and Family Welfare, which wanted the same pattern followed last year to be maintained,” news agency PTI quoted an official as saying.

The important dates you need to jot down are mentioned hereunder.

So don’t forget to set your reminders and buckle up for the exams !!!

Thanks for rating this! Now tell the world how you feel - Share this on Twitter and on Facebook.
(Nah, it's cool; just take me back.)
MOODTHINGY
How does this post make you feel?
« JEE MAIN 2019 : IMPORTANT EXAM DATES
CBSE set to reform class X, XII exam pattern from 2020 onwards »