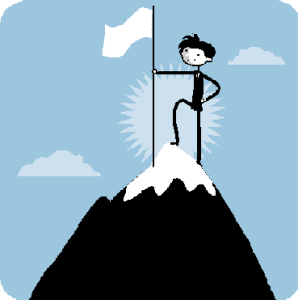 IIT-JEE is considered to be one of the most sought after exams. Every year more than lakh students take the exam, of which only a handful qualify the same. The distribution of the students who realize their dream of making it to the top notch institutes has always been a dubious issue. Scrutiny has revealed that a major proportion of those who crack the IIT belong to two of the countryÃ¢â‚¬â„¢s 29 school boards.

Of the 21000 who accomplished themselves in the IIT-JEE Advanced, 56 percent came from the Central Board of Secondary Education (CBSE) and 17 per cent from the Andhra Pradesh Board of Intermediate Education (APBIE). Thus around 73 percent seats are bagged by the students of these two boards.

Students form the West Bengal Council of Higher Secondary Education constituted 1.09 percent of the total number of contenders and of the successful 21000, it accounted for some 1.13 percent.

The results clearly imply that the students of the CBSE and the Andhra board are finding it easier to crack the exam as compared to those from the other boards. The reason behind their success is their good preparation. Moreover, the Andhra syllabus is parallel to that of IIT-JEE. Hyderabad being an IT hub offers private classes for all major national entrance exams and this could probably be a reason after the success of Andhra students.

Of the 12.5 lakh of the total students who took the IIT-JEE Main, some 1.26 lakh appeared for the JEE- Advanced. CBSE students account for around 50 percent of the total students who take the exam. Although the curriculum of the boards is almost similar to that of the exam, yet the participation among boards varies to a great extent. State board students are mostly from the rural areas and lack of family support may be one of the reasons for their low participation.

Thanks for rating this! Now tell the world how you feel - Share this on Twitter and on Facebook.
(Nah, it's cool; just take me back.)
MOODTHINGY
How does this post make you feel?
« AIPMT is back but with a twist
A mobile app for summit proposed by IIT-Gandhinagar »