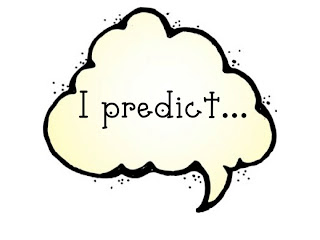 Rank Predictor AIPMT 2015 offered by askIITians is a wonderful tool to predict your rank before the AIPMT 2015 Cutoff. After the exam has been successfully conducted, the Answer Key would be published by several sources. Candidates can use the Answer Key to obtain their estimated score and gauge the admission feasibility in the preferred college and course before the AIPMT Cutoff is announced. Candidates who have appeared for AIPMT 2015 can have a rough estimate of their rank on the basis of subject-wise marks as obtained via the Answer Key. askIITians will offer candidates the ability to check their estimated rank through their own recognized and trusted Rank Predictor. The Rank Predictor works by analyzing admission statistics and trends of the previous year.

How to Use Rank Predictor AIPMT 2015?

With the help of the Rank Predictor, you can acquaint yourself with the probability of securing admission in a preferred course and college before the AIPMT 2015 Cutoff is announced. Determining your probable rank can help you in the creation of a college list before the commencement of counselling. In this way, your task of gaining admission becomes simpler because you can make a careful selection based on their opening and closing ranks. You must exercise caution while using the Rank Predictor because if you select the wrong Answer Key, you will get an incorrect estimation of marks, which will ultimately lead to incorrect calculation of rank. In addition, the estimated rank can differ tremendously from the actual rank; therefore, this estimated rank should not be viewed as complete and final. Only through the Cutoff AIPMT 2015, one can get his actual scores.

Branch and College Predictor for AIPMT 2015:

The Branch and College Predictor AIPMT 2015 of askIITians gives candidates the ability to know in advance which medical or dental college they will secure admission in on the basis of the AIPMT 2015 secured rank. AIPMT 2015 Branch & College Predictor is an innovative, cutting-edge tool from askIITians based on the analysis and data of the previous year. The score obtained at AIPMT 2015 will determine the allocation of seats to MBBS or BDS courses under the 15% All India Quota in government-run medical or dental colleges in India, excluding the states of Jammu & Kashmir, Telangana, and Andhra Pradesh. AIPMT is a national-level UG medical entrance examination conducted by CBSE.

What are the Advantages of the College Predictor for AIPMT 2015?

askIITians is the frontrunner when it comes to Rank Predictor and Branch & College Predictor tools. Needless to say, they are highly accurate, which ensures a hassle-free admission procedure.

Thanks for rating this! Now tell the world how you feel - Share this on Twitter and on Facebook.
(Nah, it's cool; just take me back.)
MOODTHINGY
How does this post make you feel?
« JEE Advanced 2015: Registration close on 7th May
Tips for the Day before AIPMT 2015 »